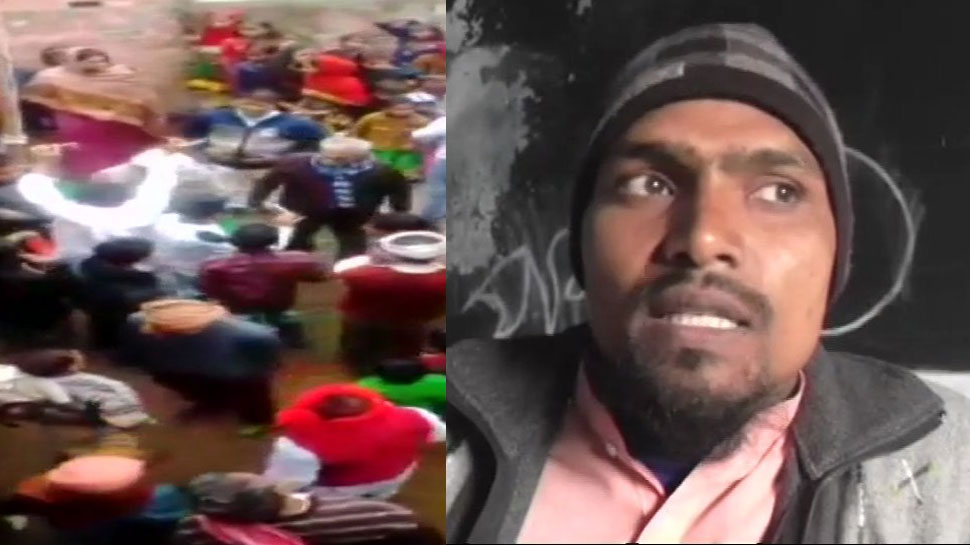 After Darul Uloom’s , an Islamic school in Uttar Pradesh on rejecting singing of Vande Matram on Republic Day, a Muslim School teacher Afzal Hussain in primary school of Bihar’s Abdullapur also refused to sing Vande Matram at the school’s flag hoisting ceremony on 26th Jan. A video recently has went viral over net about the event where people there had come to blows and a scuffle broke out. The video shows how people had protested this anti – national statement of Afzal Hussain and Vande Matram slogans were spoken aloud.

As per ANI, the school teacher Afzal Hussain said,

Hussain was quoted by the news agency ANI as saying.

What does District Authorities say?

However, district authorities told ANI that there was no complaint regarding the incident. District Education Officer Chandra Dev reportedly said the authorities will investigate the matter if a complaint is made.

The incident comes soon after Islamic School issued a diktat, instructing the students to remain in the school on republic day and not get out. The followers were also asked to not sing “Vande Matram” on Republic Day.

Reports suggest that Afzal Hussain after being beaten up by the local public had also been claimed to not sing the national anthem as well!

Such extremist ideologies has led to a lot of unnecessary warfare in pat as well and if we still nourish it or do not oppose it as the people of Bihar rightly did, it can very well lead to anti – nationalistic approaches that obstructs peace to prevail.

In 1947 when there was partition held and people had sacrificed their life in freedom struggle, none had involved in religious differences towards National song or National Anthem. Hence, if even after crossing many years of independence, such differences are persuaded in the name of religion to nurture anti nationalism, Indians have not tolerated it. The video that went viral has proved it.