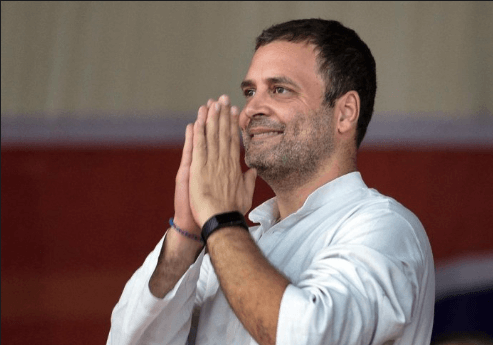 Congress chief Rahul Gandhi may contest the upcoming Lok Sabha elections from Wayanad constituency if the party’s Kerala unit has its way. Congress leaders from down South have been persistently inviting Gandhi to contest from their respective states. While Karnataka Congress chief Dinesh Gundu Rao asked Gandhi to contest from his state, the Kerala Congress too had been trying to gauge Gandhi’s poll strategy in a bid to have him contest from the Wayanad constituency.

“Talks were on about this for almost a month. Initially, he (Rahul Gandhi) was not willing. After much persuasion, he agreed” Mullappally Ramachandran said. The Congress leadership had, for weeks, been under pressure from leaders in Karnataka, Tamil Nadu and Kerala to field Gandhi from a constituency in southern India, apart from Amethi in Uttar Pradesh.

Congress’ chief spokesperson Randeep Singh Surjewala, however, told reporters that the party’s Kerala unit had communicated their wishes and requested that Rahul Gandhi should contest from their state. “We thank them for their effort and also their expression of love and affection. The Congress president will positively consider it,” he said.

Wayanad is a traditional Congress stronghold and the party is certain  of its win from the seat. However this time seat may create trouble as 2 different groups within the party fought to contest from there. The tug of war happened between the a group led by former CM Oommen Chandy and another led by Ramesh Chennithala.