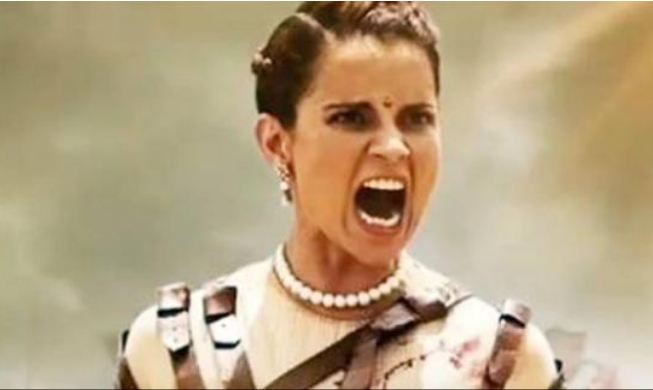 Kangana Ranaut’s Manikarnika: The queen of Jhansi has been seen in trouble before the release of the film.  On Thursday Karni Sena has started protesting against the release of Manikarnika as it depicts that laxmi bai is having an affair with a British Officer. It is also said that she is dancing in the film which is against their tradition. It is generating wrong perspective of Rani Laxmibai which disappoints the people.  Last year, karni Sena has created hurdles for Sanjay Leela Bhansali’s film screening Padamavat, which has resulted the banned of the movie in several states.

In an interview with Mid-day, National Head of the Karni, Sukhdev Singh Shekhavat, told, “Time and again, we have seen that filmmakers try to take liberties by showing certain scenes [with the purpose of] adding titillation. We won’t tolerate such nonsense”.

When mid-day asked why the karni Sena has not raised voice before, Sukhdev said, “We had raised concerns in February last year. Despite the Supreme Court judgment, we didn’t allow Padmavat to release in many states. Manikarnika will face the same consequence. We have requested the producers to show us the film before its release. If they release it [without showing it to us], we will damage property [theatres, here] and won’t be liable for it.”

He further said, CBFC (Central Board of Film Certification) has given the clearance to the film but it doesn’t matter if they have cleared the film or not. The production house contradictory said that “there is no affair in the film. When the film releases on 25th January, it will be clear to everyone. Manikarnika has been portraying the role of Laxmibai’s strength and bravery and fight for her motherland. We are proud to present historic biopic and are confident that it will like by everyone.