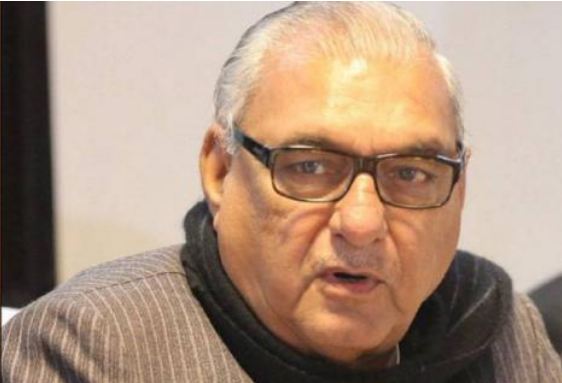 On Friday, The Central Bureau of Investigation raided in Rothak at Former CM Bhupindra Singh Hooda’s residence for allegedly involved in irregularities in land allocations in Gurugram.

According to reports, the investigation agency conducted searching for more than 30 locations in Delhi NCR to identify the connections with land scam. CBI was investigating his house when Hooda was at home in the Morning at 8:30 am.

The investigation of other two cases against Mr. Hooda is going on regarding the corruption in re-allotment of the plot in Panchkula to Associated Journals Limited and alleged irregularities in the acquiring of land in Gurugram. It has causing a huge loss to farmers.

Based on CBI charges, agency has already filed a charge sheet against these cases and the Enforcement Directorate has already taken actions against the accused under the Prevention of Money laundering Act.

Hooda has been campaigning for Randeep Surjewala for the crucial by poll held on 28th January.