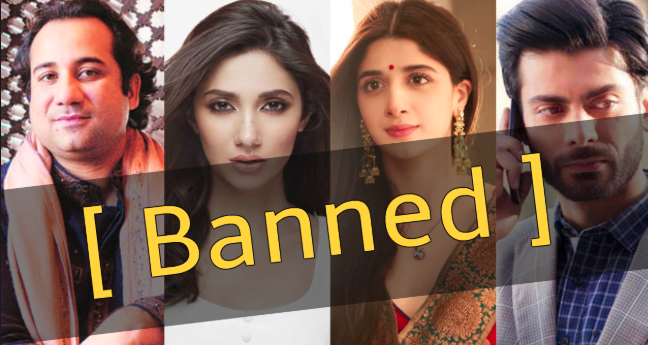 Pakistani artists are banned again after Pulwama Attack, is it a cycle? Why were they unbanned after Uri at first place?

Pakistani artists are banned again after Pulwama Attack, is it a cycle? Why were they unbanned after Uri at first place?

All India Cine Workers Association (AICWA) has announced a total ban on Pakistani actors and artists working in the film industry. It recently shared a notice on Twitter saying it condemns the brutal terrorist attack at Pulwama. They claimed, “Nation comes first, we stand with our nation.”

According to the IANS report, after the URI attack Indian Motion Pictures Producers Association (IMPPA) had decided not to work with Pakistani artists until peace returns between both nations. It has not even been three years after the Uri Attack, Pulwama Terror Attack occurred. Now though AICWA has declared a ban on Pakistani artists in India, the question here rises is that why were these Pakistani Artists unbanned in India at the first place after URI? Is it that it was being assumed that there was a peace now prevailing between the two nations since then?

Does public demand or the box office numbers make a difference while national interest is at stake? It has been noted that even after the URI Attack, there were 11 Albums of Atif Aslam released. DNA has written a scrutinizing piece titled as, 11 Atif Aslam songs released after the 2016 ban on Pakistani artists are testimony to Bollywood’s hypocrisy. In March 2018, IMPPA demanded a ban on work permits to all Pakistani artists and yet the music industry kept nurturing the projects of Atif Aslam. Few of his latest albums were Dil Diyan Gallan of Tiger Zinda Hai and Pehli Dafa album with Ileana D’Cruz.

There are many actors who have logically made their points while the twitter waves are flowing towards a discussion of whether Pakistani Artists should be banned or not as a more nationalistic reactions are seen of actors for Pulwama Terror Attack.

Ajay devgan has tweeted recently that Double Dhamaal will not release in Pakistan.

T-Series has pulled down all the songs by Pakistani artists from its YouTube channel. Bhushan Kumar’s T-Series had only recently collaborated with Rahat Fateh Ali Khan and Atif Aslam for two different singles. Kangana Ranaut also cancelled the success party of her film Manikarnika and Shabana Azmi and Javed Akhtar has put down the invitation sent by Karachi Art Council for a program on poet Kaifi Azmi in Pakistan.

As a nation and in national interest Bollywood should not in any manner compromise in the silent protest that can become their prominent stand taken against such a horrid act of terrorism and let the sacrifices of our jawans not go in vain.