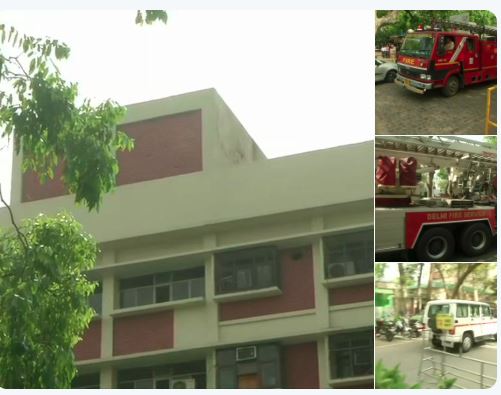 A huge fire broke out at Shastri Bhawan in the national capital on Tuesday afternoon. According to the update it has now been doused.

At least seven fire tenders have been rushed to the spot to douse the blaze. Shastri Bhawan is a government building in central Delhi which is also from where the Ministry of Welfare – among other ministries – operates.

Rahul Gandhi recently tweeted and target PM Narendra Modi for the fire. He said, “Modiji, burning files is not going to save you.”

R Meena, fire official on fire at Delhi’s Shastri Bhawan said, “The fire broke out at the top floor in the waste material of cooler and electrical wires. The reason behind the fire has not been ascertained. At least 5-6 fire tenders were at the spot.”