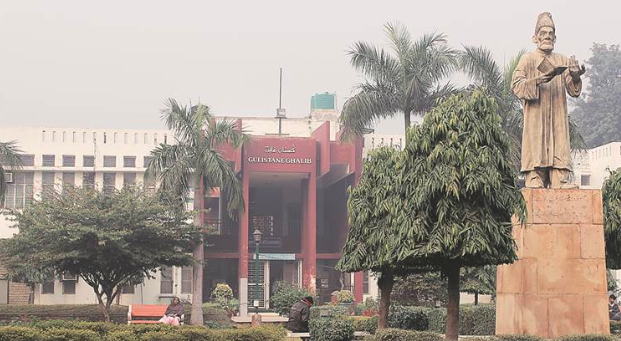 A fashion show organised by Jamia Millia Islamia’s Faculty of Engineering and Technology (FET) was cancelled on Saturday following severe protests from the students as they claimed it was against “Islamic ethos” and Jamia’s “Tehzeeb” (culture), reported Indian Express.

The fashion show, titled ‘Tarz e Libas’, was scheduled to be held on Saturday as part of FET’s annual fest Xtacy. However, a group of 12 students, under the banner of ‘Students of Jamia’, with the support of Aam Aadmi Party student wing protested against the event saying the fashion show was “un-Islamic” and “immoral”. The show was eventually canceled.

Arshad Warsi, a member of Students of Jamia, said they initially called the organisers to tell them the event was “against Islamic ethos”, but as there was no response, they reached the venue at 10 am. “Every university has its own ‘Tehzeeb’. Our culture is based on Islamic values. We told the organisers that foreign cultures should not be promoted,” Warsi.

Reportedly, the CYSS has claimed the incident is being blown out of proportion but did not respond on why there were no protests in the past when similar incidents were conducted. CYSS Delhi general secretary Hariom Prabhakar said, “Our outfit is not against any fashion show but only against the objectification of women”.

One of the organisers, Sadaf Fatima said the protest was carried out by few outsiders, which led to the show getting cancelled due to time constraints. Reportedly, in a Facebook post, Syed Mohammad Mehdi Rizvi, another organiser said that it was not a peaceful gathering as we were being threatened by these people and the show had to be cancelled as it became a security issue.

Meanwhile, Jamia PRO Ahmed Azeem said he was unaware of the incident and added that he could not comment without knowing its details.