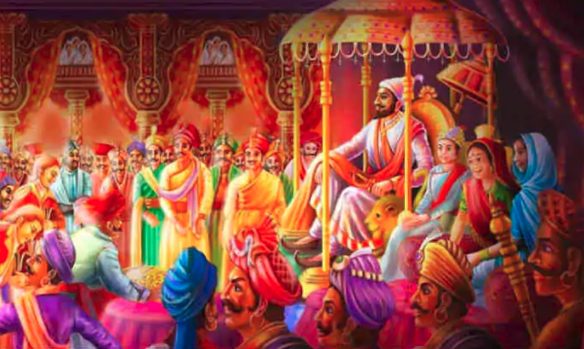 The Maratha Warrior King and a master of Gaurilla Warfare tactics took his last breath on April 3, 2019.What was extraordinary about Shivaji ? The first and most important thing was that he had extensive knowledge about the area where he was to fight battles. He knew every mountain, hillock, river, rivulet, fort and valley in the Deccan area like the back of his hand. His soldiers had detailed maps of the terrain.

Shivaji’s army was adept in what is known as ‘Guerrilla warfare’. The army used unusual and out of the box ways to fight the enemy treacherous terrain. ‘Ganim’ is an Arabic word meaning ‘plunderer’. Shivaji followed same technique of plunderers who would appear out of nowhere, loot and escape. Hence Dennis Kincaid called him ‘The Grand Rebel’.

A Protector of women

Shivaji is also known for not tolerating any violence against women. Severe punishments were given to those violating the rules in his kingdom. In fact, women of captured territories were released unharmed and treated with honour and integrity. And on the 339th death anniversary of the valiant king, Twitter is pouring in with tweets saluting the great works of the emperor.

One of the famous stories of Shivaji’s bravery and intelligence is how he escaped from Aurangzeb’s captivity in a box of sweets.

Another story of his bravery is how he killed Adil Shah who was quite bigger to him in stature by arranging a meeting with him.

tags: Shivaji
previous Fashion Show at Jamia Milia got cancelled as it was “Un-Islamic”
next Exposing opposition’s lies on India’s unemployment
Related Posts