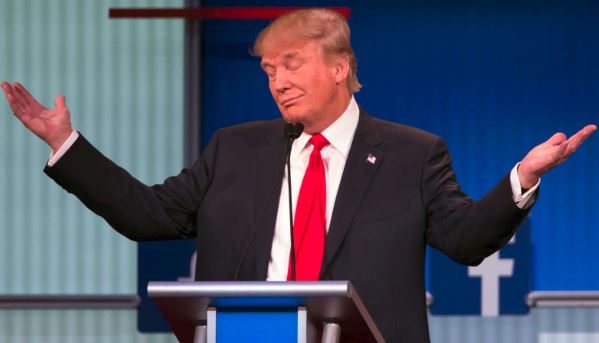 US President Donald Trump has received an overall grade of ‘D+’ on his foreign policy initiatives in a new report authored by former American envoy to India Robert D. Blackwill for the Council on Foreign Relations (CFR). The report, though, has lauded Trump for his efforts in bringing India under its strategic embrace.

President Donald J. Trump “is not given sufficient credit for his foreign policies,” writes Robert D. Blackwill, Henry A. Kissinger senior fellow for U.S. foreign policy at the Council on Foreign Relations. “All the chaos generated by this flawed president does produce actual policies, the substance of which in many cases is likely to be more consequential than the ways by which the policies arrived and the character of the man who formulated them,” asserts Blackwill. “What matters most is the effectiveness of U.S. policy over time and its consistency with U.S. national interests, not the personal qualities of its leaders.”

Titled Trump’s Foreign Policies Are Better Than They Seem, the New York-based think-tank’s report released Monday said, “On many of the most important issues — China, North Korea, and Russia — the Trump administration scrambles to make sense of the president’s public pronouncements, which are often made by tweet and are often as much a surprise to them as to the public.”

The CFR report also noted that Trump refuses to acknowledge the analytical capability that US always boasted of and chooses to deal only with those issues that he thinks are important and that too “without either navigational aids or clear destinations”.

Blackwill has given an ‘F’ to Trump for his promotion of US values at home and abroad, saying Trump has persistently attempted to “deceive the people of the United States about the substance of his policies”.

On his India policy, the report, however, graded Donald Trump ‘B+’. It noted that both Washington and New Delhi have come closer militarily due to their common concern over the rise of China as a superior military power.

“Although it (India) has not entirely endorsed the Trump administration’s Indo-Pacific strategy, it has applauded the strategy’s declared vision of a “free and open” Indo-Pacific region — a concept first articulated by Japan’s Prime Minister Shinzo Abe, with whom Prime Minister (Narendra) Modi enjoys an exceptionally close relationship,” the report said.

Referring to the signing of two foundational defence pacts and increased purchase of arms by India from US, Blackwill said all the initiatives “still have far to go”.

“Only strong security ties with the United States — in tandem with other important countries such as France, Israel, Japan, and Russia — can provide such comfort at a time when India is still some distance away from realizing its own great power ambitions,” said the CFR report.

B and B+ for China and North Korea

On China especially, Blackwill said Trump was able to adopt a more “clear-eyed approach” that “breaks with many of the errors of the past”, adding that the US and China could finally hammer out a trade deal that will have long-term benefits for America.

On Iran, Blackwill said that although Trump did the right thing by pulling out of the “flawed” nuclear deal or the Joint Comprehensive Plan of Action (JCPOA), he has failed to offer a suitable alternative to avoid a conflict in the near future.

Nevertheless, Blackwill attempts to look beyond headlines that focus on the president’s “rash, ignorant, and chaotic” actions to provide a comprehensive analysis of his individual foreign policies, noting that “history teaches us that flawed individuals and policy processes sometimes produce successful results.”