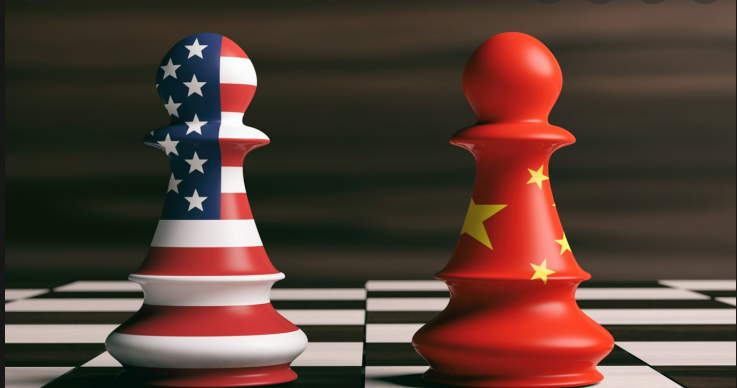 In a 45-minute-long speech at George Washington University on Thursday, US Secretary of State Antony Blinken laid out the Biden administration’s China policy, which aims to lead the countries now jointly opposing Russia’s invasion of Ukraine into a broader coalition to counter what Washington sees as a more serious threat posed by Beijing.

In a 45-minute-long speech at George Washington University on Thursday, US Secretary of State Antony Blinken laid out the Biden administration’s China policy, which aims to lead the countries now jointly opposing Russia’s invasion of Ukraine into a broader coalition to counter what Washington sees as a more serious threat posed by Beijing.

“The US said that China is the most serious long-term challenge to the world order. This is a distortion of the truth. China has always been, is, and will be the defender of the international order,” Wenbin told reporters, accusing the US of spreading misinformation and hyping the “Chinese threat” to restrain the Asian country’s development.

Blinken had the US is not seeking a “Cold War” with China but wants Beijing to adhere to international rules. He also said that Washington sees Beijing as a “long-term challenge”.

“We are not looking for conflict or a new Cold War. We’re determined to avoid both,” Blinken said in a much-anticipated speech that laid out the USA’s China policy.

Although the top US diplomat explained existing policies, he did not unveil any bold new direction toward China.

The US Secretary of State also highlighted China’s violation of human rights in Tibet, noting that America stands with the people of Tibet. “We stand together on Tibet as the (PRC) authorities continue to wage a brutal campaign against Tibetans in their culture, language, and religious traditions,” he added.

While the US sees Russia’s war in Ukraine as the most immediate threat to international stability, the Biden administration believes China poses a greater danger.

“Even as President Putin’s war continues, we will remain focused on the most serious long-term challenge to the international order — and that is the one posed by the People’s Republic of China (PRC),” Blinken said, according to the media reports.

The global response to Russian President Vladimir Putin’s invasion of Ukraine can serve as a template for dealing with China’s efforts to shape new and unpredictable world order.

China has benefited greatly from the existing international order based on rules and institutions that have guided relations since the end of World War II, but it is now trying to subvert it under the leadership of President Xi Jinping and the Chinese Communist Party, Blinken said.

“China is the only country with both the intent to reshape the international order — and, increasingly, the economic, diplomatic, military, and technological power to do it,” he said.

But it is undermining rather than reinforcing and revitalizing the laws, agreements, principles, and institutions that enabled its success, Blinken asserted.

He laid out a three-pillar approach for the administration to marshal its resources and allies to push back on China’s assertiveness around the world.

Investment in domestic US infrastructure and technology along with a stepped-up diplomatic outreach to potentially vulnerable countries are among the key elements of the policy, he said.

Blinken clarified the US is not seeking to change China’s political system, but will “shape the strategic environment around Beijing to advance our vision for an open and inclusive international system.”

He emphasized that China, the second-largest economy after the US, plays a crucial role in global economics and in solutions to problems such as climate change and the Covid-19 pandemic.

This means that the two largest economies have no choice but to deal with each other, making it “one of the most complex and consequential relationships of any that we have in the world today.”

His speech followed Joe Biden’s recent visits to South Korea and Japan, during which the US President said America would act militarily to help Taiwan defend itself in the event of an invasion by China.

Blinken restated that Washington has not changed its “One China” policy, which recognizes Beijing but allows for unofficial links with and arms sales to Taipei.

“We oppose any unilateral changes to the status quo from either side,” he said, adding that “we do not support Taiwan independence.”