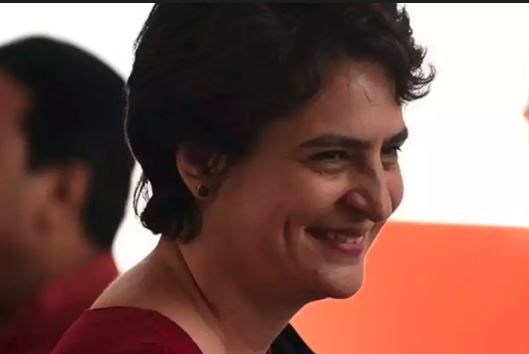 Priyanka Gandhi said, “I would rather die than benefit BJP”

Priyanka Gandhi said, “I would rather die than benefit BJP”

Congress general secretary Priyanka Gandhi Vadra’s claim to have fielded weak candidates to eat into BJP’s vote share in the Lok Sabha poll trolled on Twitter. As per the media reports she clarified, her statement and said, “I’ve said clearly Congress is fighting polls on its own strength. Our candidates are fighting strongly in most constituencies. I would rather die than benefit BJP. We’ve chosen candidates that are either fighting strongly or cutting BJP votes.”

Priyanka Gandhi Vadra says,” I’ve not said I am putting weak candidates. I’ve said very clearly Congress is fighting this election on its own strength. I’d rather die than benefit BJP. We have chosen candidates that are either fighting very strongly or cutting BJP votes.”

When asked about political analysts’ claim that the coalition is the ‘Team B’ of the Congress, Yadav, also former UP chief minister, claimed that there was no difference between the BJP and the grand old party. “There is no difference between the BJP and the Congress. Congress wants to benefit the BJP,” he said. “Who taught the central agencies to intimidate Opposition leaders? The BJP has learnt to misuse the Enforcement Directorate, Central Bureau of Investigation and other agencies against leaders in opposition from the Congress,” he said.

“I cannot believe in these types of statements. I do not believe that the Congress has fielded weak candidates anywhere. No party does it. People are not with them. That is why they are making excuses,” Yadav told ANI in an exclusive interview.