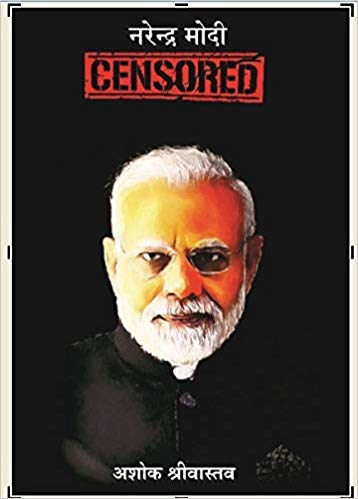 ‘ Murder’ In The Mandi House

‘ Murder’ In The Mandi House

In today’s era where digital media is all set to overtake the powers of traditional media, a lot of questions are hounding mainstream journalism. Is it “cruel” phase for Indian journos who are doing their job at best or is it high time for journos to understand their “limitations”? When the entire journalism field is passing through a difficult period, is it just a one person’s (or a party) folly?  Or it’s an over-hyped phenomena created by some journos who have lost the favors (or junkets in popular lingo)? If you are really interested to know the answers of all these questions (and some shocking but ‘bonus’ information) then this is the book for you.

Shri Ashok Shrivastava, author of the book is a renowned news anchor, writer & a seasoned journalist. He has been associated with DD news for last 17 years. In his three decades journey in Journalism he has worked with Navbharat Times, Jansatta, Panchjanya, Vaama & Sunday Mail. He has been awarded as the best reporter by DD news in 2005 & was selected for best anchor’s award again by DD News.

In his illustrious & topsy-turvy career as journo Ashok shrivastava has seen many shades of journalism. In this book he reveals how Delhi centric Indian journalism in general & Doordarshan style journalism in particular created a deceptive narrative for people at large. He openly writes ‘’ It’s a fake narrative that after 2014, journalism is a risky job in India. Journos & their voices are suppressed because of undeclared emergencies. The nation must know that those who are creating this fake narrative are not doing journalism but playing politics & some of this political strategies has reached to the heights of  hat redness for Narendra Modi .’’ (Pg.25)

The book is spread over in 22 chapters. It begins from “Why this Book?” where the author mentions the real picture of Indian journalism. He questions the policies of media houses & media bosses. Interestingly this book is centered on “controversial” interview of the than chief minister of Gujarat Shri Narendra Modi taken by the author. The interview unknowingly opened Pandora’s box & the interviewer invited wrath of powerful people around him.

To clear his point of view, the author has given manuscript of entire interview in the book. The author has successfully done the post mortem of entire scenario; How Doordarshan D.G. Mr. Khan & his coterie tried to “kill” the interview, the interview was curtailed to almost half of its actual time & how social media played a powerful role. If you want to understand how internal policies of a system (read Doordarshan), bureaucratic hurdles & inflated egos of bosses can almost create a historic interview, this is the best (or worst) example. A must read book for all journos & aspiring journos.

tags: NARENDRA MODI CENSORED
previous Who is the next Goa CM? Congress writes letter to the Goa Governor !
next Vivek Oberoi unveils his first 9 looks on biopic of PM Narendra Modi!
Related Posts