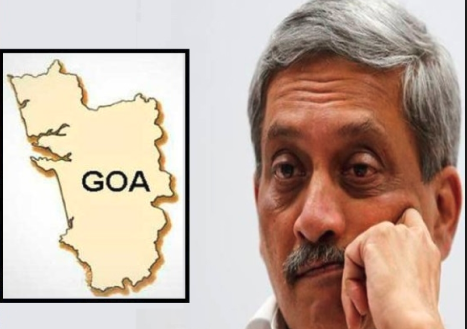 Who is the next Goa CM? Congress writes letter to the Goa Governor !

Who is the next Goa CM? Congress writes letter to the Goa Governor !

Death of Manohar Parrikar, late Chief Minister of Goa, triggers power tussle between the parties on who shall be the next CM of Goa. His death has left Goa in a state of Political crisis. The Congress staked claim to form the government and had written to Governor Mridula Sinha, claiming that that BJP does not have the numbers to run a stable government.

While on the other hand BJP is also into a discussion of the same. “Last evening at all BJP MLA meet discussion on Digambar Kamat joining BJP has taken place. The decision whether he will be the Chief Minister would be taken by the Central leadership,” Lobo told ANI.

According to sources, Goa assembly speaker and BJP leader Pramod Sawant is among the frontrunners in the race for becoming the next CM of the state.

The Rahul Gandhi-led party made it clear that it would move to the Supreme Court if the state would be brought under President’s rule. In a letter to Governor Mridula Sinha, Chandrakant Kavlekar, the leader of the Opposition in Goa Assembly, said that the incumbent BJP-led state government under the leadership of Manohar Parrikar has lost the strength in the house, besides the trust of the people.

After his death, the strength of BJP in Goa Assembly came down to 13. Currently, the Congress has 14 MLAs, whereas BJP has 13 legislators and it is backed by three legislators of Goa Forward Party, and three of Maharashtrawadi Gomantak Party. It also enjoys the support of an independent legislator and one Nationalist Congress Party.

When asked whether coalition partners will continue their support to the BJP, Mr. Vijay Sardesai, Goa Forward party chief said, “No one should be taken for granted.”

Modi followers reaction on Congress’ letter to the governor