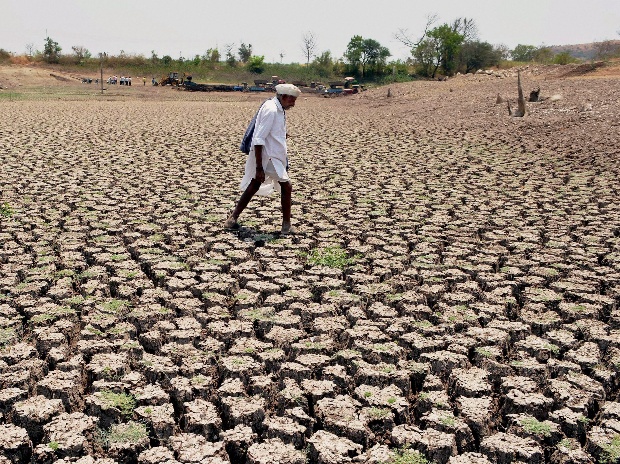 The drought area is hitting nearly 50% of the country with at least 16% falling in the “exceptional” or “extreme” category says IIT Gandhinagar scientists who manages India’s real time drought prediction system.

The real time drought prediction team includes PhD student Amardeep Tiwari who collects weather and precipitation data from the Indian Meteorological Department (IMD), which is being used to stimulate soil moisture and other factors that contribute to droughts. The report is now being prepared by the Water and Climate Lab at IIT Gandhinagar and available on the website of the IMD.

The head of the lab Mr. Mishra says “about 47% of the country is facing droughts – with 16% facing extreme or exceptional category of droughts – which we show from our real time monitoring system that we have developed for the country.”

He further stated that “Arunachal Pradesh did not get good rain this year, and parts of Jharkhand, southern Andhra Pradesh, Gujarat, and northern part of Tamil Nadu are under drought.”

He has also given the warning that it can lead to a crisis if these areas will experience hot summer before the onset of monsoon.

The continuing drought situation raised the burden for depleting groundwater resources of the country. Here, we are not increasing groundwater recharge but on the other hand, drought conditions are making us extract more and more water.

Though famine approach is not expected as the drought will have a massive impact on the economy. “It can create long-term stress, if not mortality for poor, marginalized farmers.” The scientist said global warning and climate change are likely to exacerbate drought in the coming years.

The groundwater can be reduced by selecting appropriate crops as we already have depleted groundwater, we should not grow water-intensive crops. Like, Punjab is not growing rice any more.

Now, it is a time for a government to take a strong decision as far as groundwater and water conservation is being concerned.

Conservation should be encouraged at every level but the urban homes is just a small part as compared to the steps taken towards the agriculture sector.  Almost 80% of total fresh water is used in agriculture sites rather than residential sites. He focuses is to equip ourselves better to tackle the drought situation.

According to the present available data the situation can take proactive measures to prevent a water crisis but the government thinks drought is a reactive measures that they will be able to relief once there is a crisis.