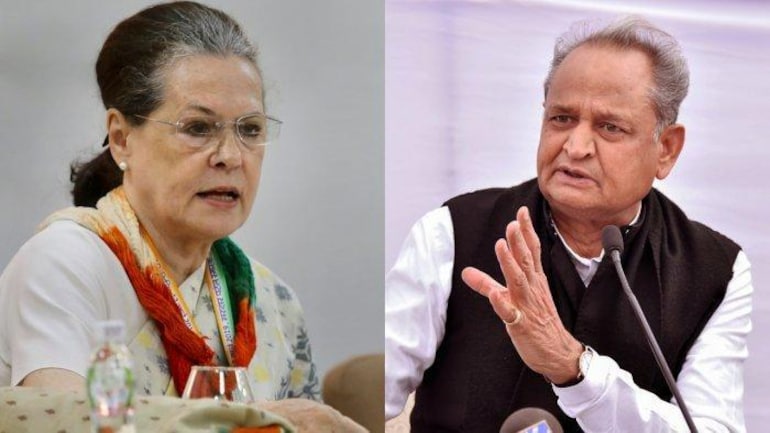 NEW DELHI, Sept 28: With only two more days to go before the closing of the nomination for the party presidential elections, the crisis-ridden Congress still seems to be groping in the dark who would be the contestants and what would be the future shape of the party.

The Rajasthan chief minister Ashok Gehlot, who was tipped to be the likely successor of the party’s interim president Sonia Gandhi, is still playing truant and his close confidants have made it clear that the party president’s post would not be acceptable to him at the cost of his chief minister’s post.

“He is not resigning as chief minister today and not resigning any day sooner,” his close confidant and minister PS Kachariyawas told the media persons in Jaipur. Whether he will contest the party president’s elections “depended on him and the Congress high command” but Gehlot would certainly complete his full five year term as the chief minister, he claimed.

Considering that the Congress strictly wanted to implement the “one man, one post” rule adopted at its recent Udaipur conclave without making any exception for Gehlot, the Rajasthan chief minister is unlikely to file his nomination unless the party is ready to accept the dual role for him.

Perhaps for the first time in the history of the Congress, Gehlot on Wednesday kept the interim president waiting for a meeting. Gehlot’s meeting with Sonia Gandhi was fixed for Wednesday evening, but the Rajasthan chief minister failed to reach Delhi in time to keep the appointment. Busy meeting his supporters in Jaipur before taking a final decision, Gehlot sent a word that he would be arriving in Delhi on Thursday and meet Mrs Gandhi. Gehlot’s meeting with Sonia Gandhi was deferred by a day amid suspense over whether he will run for Congress president with his strongly indicating that he may not give up his Rajasthan role anytime soon.

At the same time, reports said there is a new candidate for Congress president – Digvijay Singh. So far, he is up against Shashi Tharoor, the first to declare that he will contest. Ashok Gehlot, once the front runner, kept everyone guessing on his play just two days before nominations close.

Rahul Gandhi last week made it clear that Mr Gehlot cannot play a double role, in line with the Congress’s “one person, one post” policy. Gehlot, with much reluctance, agreed to run for party president, but his refusal to quit as Rajasthan Chief Minister is at the core of the current crisis in the Congress.

On Sunday, over 90 MLAs loyal to Gehlot threatened mass resignation over reports that if he moved on to a national role, his replacement in Rajasthan would be his bitter rival Sachin Pilot. In open defiance of the Gandhis, the MLAs laid out conditions that included choosing a new Chief Minister only after the Congress president election and must be for amongst 102 MLAs in the Gehlot camp.

The rebellion deeply embarrassed the Congress in the middle of Rahul Gandhi’s “Bharat Jodo Yatra”. The Gandhis were said to be furious, and there was strong speculation that Gehlot is out of the race for party chief. But several top party leaders continued to make attempts to iron out the differences, but considering Gehlot’s attitude, the efforts does not seem to have succeed in anointing Gehlot’s bete noir Sachin Pilot as his successor in deference to the wishes of the Gandhis.

The Congress is prepping for its first non-Gandhi president after more than two decades. All three Gandhis will stay out of the October 17 election. So far, Shashi Tharoor has called for nomination papers. There are reports that Digvijay Singh may join the contest.

Singh, who was in Kerala for the party’s Bharat Jodo Yatra led by Rahul Gandhi, has so far been evasive about his participation in the election. Asked on Wednesday about the possibility of his contesting, he said, “I have not discussed with anybody. I have not sought permission from the high command.” The 75-year-old former Chief Minister of Madhya Pradesh is a longstanding loyalist of the Gandhi family, much like Ashok Gehlot.

A section in the Congress still maintain that Mr Gehlot will file nomination for the election. He is keeping his cards close to his chest. So far, only Shashi Tharoor has declared his candidature. The filing of nominations can take place till September 30 and the election will take place on October 17.

The Congress on Tuesday night issued show cause notices to two Rajasthan ministers Shanti Dhariwal and Mahesh Joshi and MLA Dharmender Rathore for their “grave indiscipline” and asked them to explain within 10 days why action should not be initiated against them. The party’s disciplinary committee sent the notices after Congress observers Mallkarjun Kharge and Ajay Maken submitted their written report to party Mrs Gandhi charging the three with “gross indiscipline”. Disciplinary action had been sought against Dhariwal, who had figured prominently in the rebellion by the party legislators, Minister and Congress Chief Whip in the Assembly Mahesh Joshi and Rathore for holding a parallel meet of MLAs and not allowing the Congress Legislature Party to meet. A solution to the issue might also be sought by Gehlot before a final decision was taken on his contesting the presidential elections.

Chhattisgarh minister TS Singh Deo on Wednesday slammed Congress MLAs loyal to Gehlot for indiscipline and “disobeying” the observers sent by the party high command, which was “inappropriate.” He also wondered how a senior leader like Gehlot could not control the MLAs and such a situation surfaced.

“The way some ministers and MLAs (in Rajasthan) crossed every limit of discipline was inappropriate. It is not acceptable that they boycotted observers sent by the party high command and skipped the meeting (of Congress legislature party),” Singh Deo told reporters. Apparently, many leaders in the Congress has taken the Rajasthan development kindly.