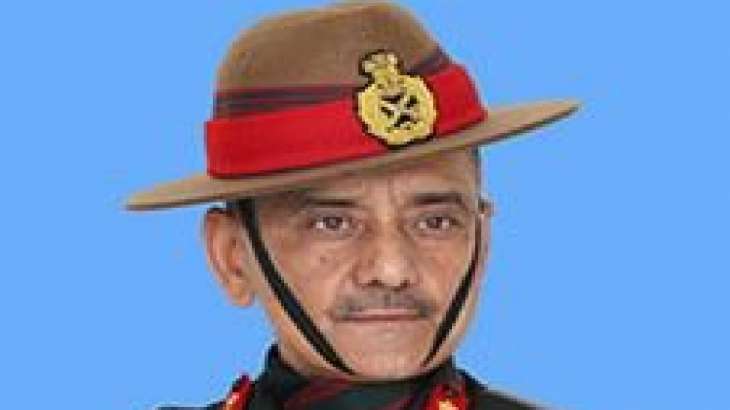 NEW DELHI, Sept 28: Lieutenant General Anil Chauhan (Retired) was on Wednesday named by the government the new Chief of Defence Staff (CDS), nine months after the death of the first CDS General Bipin Rawat in a helicopter crash.

Lt Gen Chauhan, 61, who retired as Eastern Command Chief in May 2021 and was serving as the Military Advisor to the National Security Council, will be the country’s top military officer and leader of one of the world’s largest armed forces.

In a career spanning over nearly 40 years, he has held several appointments and has extensive experience in counter-insurgency operations in Jammu and Kashmir and the North-East.

Since this is the first time that a retired officer has been appointed to the position, the government issued a gazette notification to announce the change in rules for the appointment.

Born on 18th May 1961, Lt Gen Anil Chauhan, an alumnus of the National Defence Academy, Khadakwasla and Indian Military Academy, Dehradun, was commissioned into the 11 Gorkha Rifles of the Indian Army in 1981.

As a Major General, he had commanded an Infantry Division in the Baramulla sector in the Northern Command. Later as Lt General, he commanded a corps in the North East and went on to become the General Officer Commanding-in-Chief of the Eastern Command from September, 2019 and held the charge until his retirement from the service in May 2021.

As Chief of Defence Staff (CDS), he will be the senior-most uniformed officer and first among equals, sharing his four-star rank with the chiefs of the Indian Army, Indian Navy and Indian Air Force. Lt Gen Chauhan will also function as Secretary to the Government of India, Department of Military Affairs with effect from the date he takes charge.

The post had been vacant since December 8 last year after the death of General Bipin Rawat at age 63. General Rawat, who had been India’s first Chief of Defence Staff, and his wife were killed after a military chopper crashed in Tamil Nadu, killing 13 on board. The only survivor, an Air Force Group Captain, died of severe burns later.