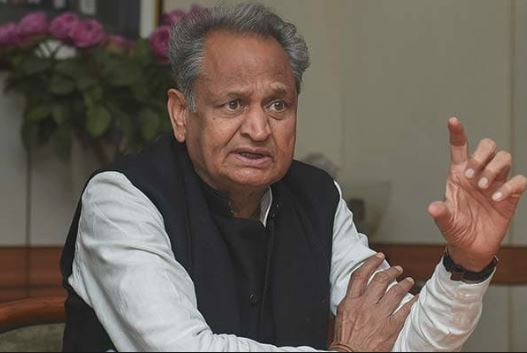 The BJP Wednesday demanded an apology from Rajasthan Chief Minister Ashok Gehlot for his remarks suggesting that Ram Nath Kovind became president because he was a Dalit.

The party also urged the Election Commission to take cognizance of the matter and take action against Gehlot.

“It is very unfortunate that Rajasthan Chief Minister Ashok Gehlot, a senior Congress leader who himself is on a constitutional post made casteist remark against the president, who is the custodian of the Constitution,” BJP spokesperson GVL Narsimha Rao said, addressing a press conference at the party office here.

He said the remark showed “anti-Dalit” mindset of the Congress.

“We request the Election Commission to take suo-moto cognizance of Gehlot’s remarks against the president,” he said. Rao said the BJP has also demanded an apology from Gehlot. Meanwhile, the party also attacked Congress president Rahul Gandhi for his speech in Nanded.

On Monday, Gandhi attacked Prime Minister Narendra Modi over the issue of corruption and asked how come all “thieves” have ‘Modi’ as the common surname as he referred to fugitive businessman Nirav Modi and former IPL chairman Lalit Modi.

“Rahul Gandhi cannot accept the fact that a person from humble background, who is from a backward community, has become the Prime Minister today. For Rahul, only families can rule India,” Rao said.