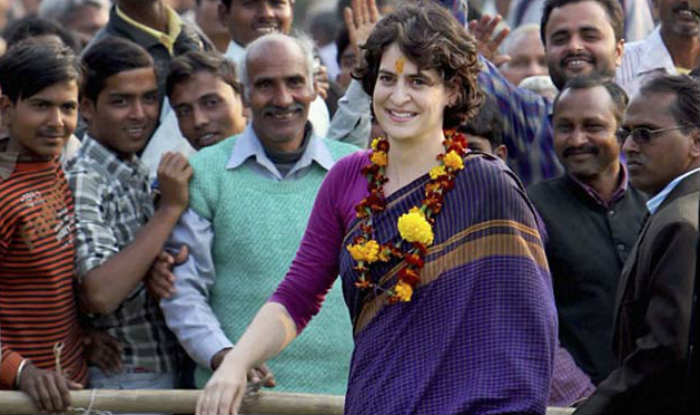 Priyanka Gandhi Vadra has stepped in formal politics as a mystical weapon for her party. She is announced as the general secretary in charge of the eastern Uttar Pradesh. Congress president Rahul Gandhi said,


“I have not send Priyanka and Jyotiraditya for two months. I have sent them to take the Congress’ ideology forward in Uttar Pradesh,” Rahul Gandhi told reporters today.

BJP spokesperson Sambit Patra in a press conference has made satirical comments on this political move by Congress and said,

“Bhartiya Janta Party is a family in itself but Congress is a party of single family and Priyanka Gandhi Vadra is all set to become the first monarch from the family. Priyanka’s entry in formal politics assures Rahul Gandhi’s failure to stand tall all alone.  First it was Jawaharlal Nehru, then Indira Gandhi. This was followed by Rajiv Gandhi, then Sonia Gandhi and Rahul Gandhi, and now we see Priyanka Gandhi. What next? The Congress starts and ends with the Nehru-Gandhi family,”

There is a lot coming from twitter too. People are eagerly looking forward to Priyanka Gandhi as an fit candidate from INC. When asked for this to the Party President, he said,

” Priyanka will answer you on this.”

It is a well-known that Priyanka Gandhi Vadra reminds many of her grandmother Indira Gandhi as she perfectly carries the similar charisma and natural political instincts with ease. She was even considered within for CM candidature in 2017. She has now confined herself to the constituencies of her brother Rahul and mother Sonia Gandhi – Amethi and Raebareli. She will be found running campaigns for her brother while the elections are due in May.

It is remarked well that Priyanka Gandhi will run its campaign against Modi in Varanasi where recently he has made a stronghold. It could become challenging for Prime Minister, Narendra Modi as UP east Congress Campaigns will set him on turf!

There is a lot coming from BJP on Twitter as well, specifically from PM and BJP spokesperson Narasimha Rao!