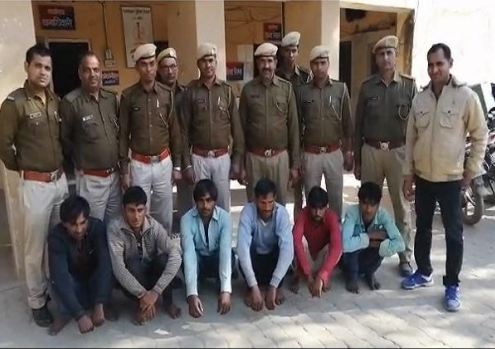 The police of Alwar district in Rajasthan have arrested 6 people who are allegedly involved in cow smuggling. The 6 were smuggling cows in an oil tanker. The most dreadful fact is that a 22-year old Maqsood Khan was also involved; a son of Ummar Khan who killed by the cow vigilant group in Ramgarh, Rajasthan in November 2017.

The other 5 smugglers include Liyaqat Khan, Shabbir Khan, Sameen Khan, Asroo khan and Irshad Khan also arrested by the Rajasthan Police. According to TOI reports, the 6 were detained in Kherli on Monday night when they were hunting for stray cattle.

Maqsood has followed his father’s path and allegedly involved in a cow smuggling case. In spite of taking strong action against it both the Haryana and Rajasthan government has given compensation to Ummar’s family even after knowing that 3 cases of cow smuggling were registered against him.

However, the police said cow smuggling would be a challenging task for them, especially in Alwar and Bharatpur districts of Rajasthan. Ghatmika village in Haryana have become professional cow smugglers but it is difficult to introspect them.