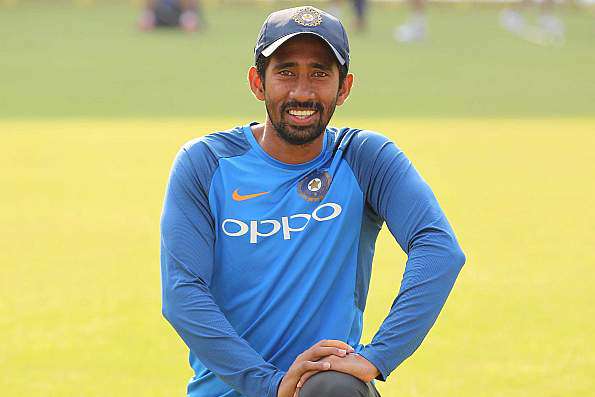 Wriddhiman Saha: I will do anything to make a comeback in Indian team

Wriddhiman Saha: I will do anything to make a comeback in Indian team

Indian Cricket player Wriddhiman Saha is all set to come back in Indian team after the injury which forced him not to play for more than a year. The 34-year-old wicket-keeper is currently playing in the Syed Mushtaq Ali trophy after recovered from the shoulder injury said that he is looking for the opportunity to get his place back in the Indian team.

“I have not been in the Indian dressing room for one year, so if I get another opportunity, I will do anything to make a comeback. To get back, I have to perform well. Earlier I was No.1 wicketkeeper in the team. Now Rishabh is. My thinking is if you do well you need to get the chance.” Saha told ESPNCricinfo.

Saha got injured during the five-match Test series in England last year and replaced by Rishabh Pant. To counter the Pant progress, Saha said, “in South Africa, Parthiv was my replacement, and in England tour, Dinesh karthik and Rishabh Pant got the opportunity to replace me. So there are 4 players and each has been rotated.

Saha further stated that, “Rishabh has grabbed the opportunity. The important thing for me to perform well in every tournament I play – Syed Mushtaq Ali and IPL. I want to perform well in those tournament not because to make my India comeback. Of course, I want to come back to the Indian dressing room. Once, I start doing well, the selectors can take the call whether I can earn my Test spot. I do not think too much. Just keep doing the good work and perform and hope to get the call from the selectors.

This time it will not be easy for Saha to come back in Indian test team. He needs to prepare himself well and play outrageously to make a comeback into the team.

Shah remarked that, “I have always believed in working hard. Even when Mahi bhai [MS Dhoni] was playing (in Tests) and I was the second wicketkeeper, my preparation was as if I was playing. “I learned that quickly after my Test debut, where I was not actually prepared for the occasion. I don’t think I will get back my Test spot aaram se. I have to focus on the process.”

So far, Saha has played total 32 test matches, scored 1164 runs with the average of 30.63. He has played the last test match in January against South Africa.