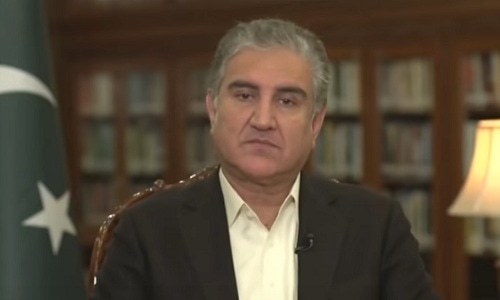 Pakistan was not under any “pressure or any compulsion” to release Indian pilot Abhinandan Varthaman, foreign minister Shah Mahmood Qureshi said on Saturday, a day after the IAF Wing Commander returned home.

India has been claiming that Pakistan’s decision to release IAF Wing Commander Abhinandan was in consonance to Geneva Conventions.

Pakistan was under intense pressure from the US, the UAE and Saudi Arabia to de-escalate the tensions with India in the wake of Pulwama Terror Attack and release the Indian pilot.


In an interview with BBC Urdu, Qureshi said,

“We wanted to convey to them (India) that we do not want to increase your citizens to be miserable, we want peace”.

“Pakistan does not want to go in the past, but if it goes in the past then we will have to see how the attack on Parliament, Pathankot and Uri took place and that is a long story,” the foreign minister said.

It should be noted here that on Friday, Qureshi had admitted that the JeM chief Masood Azhar was in Pakistan and he was ill.