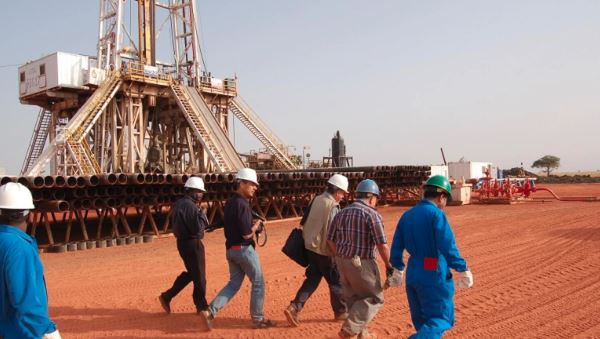 The oil price has hit a new high for this year. Brent crude (the European benchmark) has risen to around $74 a barrel, while WTI (the US equivalent) is around $66.

The real reason behind global hike in oil prices

The US president has lifted waivers granted earlier to eight countries, including India, on importing oil from Iran. (Washington has alleged that Tehran is a state sponsor of terrorism and so has imposed sanctions on countries dealing with it.)

The US had already imposed sanctions on Iran, but until this week, it had granted waivers to allow certain countries to continue to import Iranian oil without fear of American disapproval.

That’s no longer the case. The waivers will be removed at the end of the month. After that, countries who continue to import oil from Iran could also face US sanctions

After May 2, India will not be able to import oil from Iran as a result of the fresh US order.

On Wednesday, Brent Crude oil price rose further to $74.51 per barrel and it is expected to rise beyond $80 per barrel after May 2. The development has raised concerns among market analysts in India, which imports a large part of its oil from Iran.

India to find other countries for Oil

To be precise, India imported around 24 million tonnes of crude oil in the financial year ending 2018-19 from Iran and is one of the biggest importers of crude oil from the Middle Eastern country.

Now, India will now be forced to look at other nations such as Saudi Arabia, Kuwait, UAE, and Mexico to fulfil its oil requirements.

Even diesel prices have remained stable in India, despite an almost 7 dollar per barrel rise in global crude oil prices. With Brent crude on the boil, many experts expect domestic fuel prices in India to be severely impacted.

Given the daily oil price revision system followed in India, rates should have gone up or at least matched the rise in global crude prices. However, no such increase has been observed in India over the last few weeks despite rapidly rising global crude oil prices.

Well, during the past five months, Iran has managed to export anything between one million and 1.9 million barrels of oil a day, according to various expert analyses. It’s not Saudi levels, but it is significant.

Most of that oil has gone to India, China, South Korea, Japan and Turkey. China is likely to tell the US to sling its hook and carry on importing, and some or all of the others may well think about doing the same, but there’s no doubt that this will make it harder for Iran to produce and export its oil.

The US says that it has already got this covered – Saudi Arabia and the United Arab Emirates are going to pump more to cover the gap. Given that Saudi Arabia has been holding back on production with the aim of propping up prices, the spare capacity is certainly there.

Trendwatchers from the oil sector say customers may have to deal with a daily hike after May 19, when the last phase of elections will be held in India.