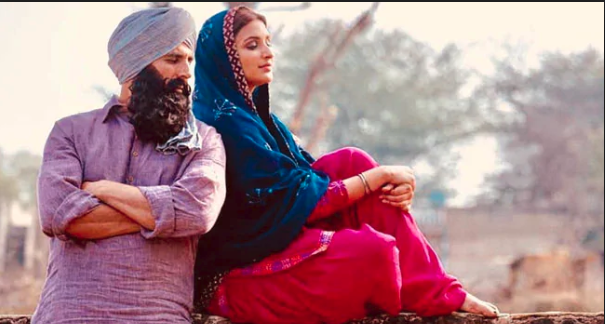 Kesari, Akshay Kumar’s period war film based on the Battle of Saragarhi dropped in theaters on the festive mood of holi. Kesari has emerged as top opener among first day box office collections of films in 2019. Kesari, that features Akshay Kumar and Parineeti Chopra in the lead roles, has a roaring start at the box-office. The war film, on its opening day, collected Rs 21.50 crore to emerge the biggest opener of 2019 thereby beating films Gully Boy(Rs 19.40 crore) and Total Dhamaal (Rs 16.50 crore) by substantial margins.

The theatre receipts of Kesari have been bolstered by positive reviews from the critics, who are praising it for strong performances, cinematography and slick action sequences. Kesari has opened on a total of 4,200 screens (3,600 domestic and 600 overseas), informs film critic and trade analyst, Taran.

Film critic Rajeev Masand wrote about Kesari, “What works is the bond between the men, especially Singh’s empathy for the youngest soldier, a 19-year-old who freezes when he faces armed conflict for the first time. There is an overall sincerity in the enterprise, and some genuine skill on display. The camerawork is particularly impressive.”

Kesari is expected to do really well over the weekend since there is not much competition from major films. Only Vasan Bala’s Mard Ko Dard Nahi Hota is opposing Kesari‘s victory run at the box office as of now.