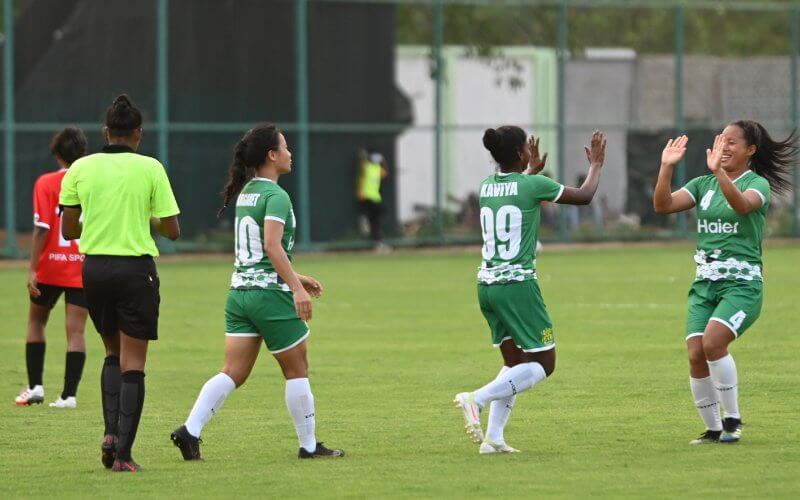 The match began with both sides lacing momentum and pace as they failed to hit the target and were constantly tangled in deadlocks throughout the majority of the first half.

However, K. Margaret Devi of Kickstart FC broke the deadlock and whizzed the ball past the Indian Arrows goalkeeper in the 44th minute. Kickstart FC established a lead before the match slipped into half-time.

Though Indian Arrows created several chances, the opponents thwarted their attempts in the second half. Footballer Apurna Nazaray of Indian Arrows got a chance at the edge of the hour mark and made a good run by defying the opponent’s defence but failed to hit the mark.

Arrows received another opportunity during the final moments of the match when N. Priyangka Devi missed finding the net from a longer range in the 82nd minute.