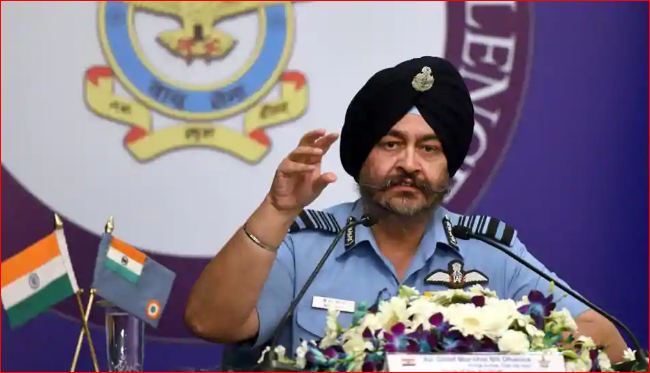 Addressing a press conference in Coimbatore, Tamil Nadu on Monday, Air Chief Marshal B.S. Dhanoa said that the Indian Air Force (IAF) does not count the number of dead at the Jaish-e-Mohammad camp in Balakot, Pakistan and the data of causalities would be released by the government. The death toll is depended on the number of people present at the target place.

He remarked on Rafale jet that it should come into India’s inventory by September 2019.

“When any rival attacks us, every aircraft is used.”  This time MIG 21 jet being used in the dogfight with Pakistan which was an upgraded aircraft with advanced weapon system.

He talks about Wing Commander Abhinandan Varthaman, who was under the custody of Pakistan from 27 February to March 1, said that I can’t comment on politics but was very happy that the Commander was back home.

“We don’t take chances with the medical fitness of a pilot.” Wing Commander Varthaman would fly a fighter jet once he was fit. All required treatment would be provided to him.

The Air Force, Dhanoa said, had to get its act together and find out what caused the mid-air clash of two planes ahead of the opening of the Bengaluru air show on February 19 and a helicopter crash in Kashmir last week.