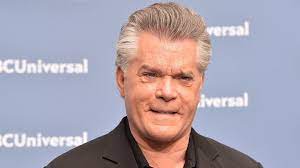 New Delhi: Hollywood actor Ray Liotta passed away during the late hours of Thursday, May 26, 2022. Popularly known for his role in the film, Goodfellas, Liotta reportedly died in his sleep in the Dominican Republic. He was 67.

The American actor passed away in the Dominican Republic, where he was shooting his upcoming film, Dangerous waters. However, the cause of his sudden demise is still unknown. Several actors from the Hollywood film industry poured tributes for the late actor.

Liotta’s co-star Lorraine Bracco from Goodfellas shared a picture of the late actor on Twitter with caption, “I am utterly shattered to hear this terrible news about my Ray. I can be anywhere in the world, and people will come up & tell me their favorite movie is Goodfellas. Then they always ask what was the best part of making that movie and my response has always been the same…Ray Liotta.”

Survived by daughter Karsen and fiancee Jacy Nittolo, Liotta was seen in several films of late 80s and 90s. Some of Liotta’s famous works include Field of Dreams, Something Wild, Unlawful Entry, Cop Land, Hannibal, Blow, John Q, Identity, Observe and Report, Killing Them Softly, and The Place Beyond the Pines.