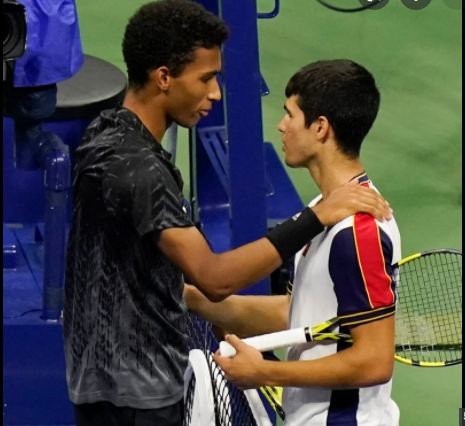 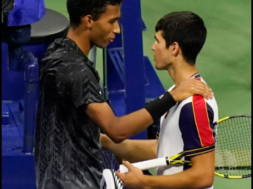 New Delhi: Canadian tennis player Felix Auger-Aliassime sailed into the semi-finals of the Men’s Singles US Open 2021 tournament after Spanish teenager Carlos Alcaraz retired mid-game, due to a previously sustained thigh injury, at the Arthur Ashe Stadium in New York on Wednesday.

The nail-biting quarterfinals began with Felix leading the first set while Carlos tried to catch up with 6-3. However, the changeover for the second set saw Carlos and his physiotherapist engaged in a lengthy discussion before the determined Spanish proceeded to play.

Carlos made 16 unforced errors with groundstrokes falling into the net, whereas a leading Felix won the other game by 6-1. Carlos chose to retire at the close of the second match, much to the astonishment of his opponent and fans.

World No.55 had to retire due to an ongoing thigh injury. He had previously defeated the World No. 3 Stephanos Tsitsipas and German player Peter Gojowczyk in consecutive five-set matches.

The 12th seeded player will now face two-time US Open finalist Daniil Medvedev in the semi-finals on Saturday.