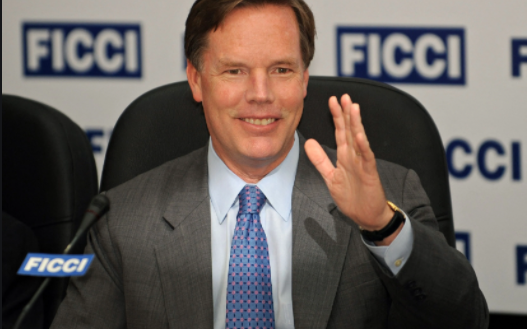 New Delhi: For the first time, the USA has officially dubbed China an “aggressor” against India along the Himalayan border, a development that might speed up the manifestation of an “Asian NATO”.

Embroiled in internal problems like enfeebling economy and loss of face globally, China has been trying to divert its people’s attention by whipping up nationalist fervors. It has been making noises against Taiwan and India and also indulged in military blackmail. This blunder has only pushed these two countries into the emerging anti-China camp.

On Wednesday, Richard Nicholas Burns, US Ambassador-designate to Beijing, said China has been an aggressor against India along the Himalayan border. The top American diplomat, nominated by President Joe Biden as his next envoy to China, told lawmakers that the US must hold the Chinese government accountable for failing to play by the globally accepted rules.

During his confirmation hearing, he told members of the Senate Foreign Relations Committee that Washington will challenge Beijing where it must, including when China takes actions that run counter to America’s values and interests, threaten the security of the US or its allies and partners, or undermine the rules-based international order, media reported.

“Beijing has been an aggressor against India along their Himalayan border; against Vietnam, the Philippines, and others in the South China Sea; against Japan in the East China Sea; and has launched an intimidation campaign against Australia and Lithuania,” Burns said, showing the areas where the US-led anti-China alliance is readying to nail the Dragon down. In addition, he also raised recent issues like Xinjiang, Hong Kong, and Tibet.

Beijing has been flexing muscles and claiming sovereignty over the South China Sea, where Vietnam, Malaysia, the Philippines, Brunei, and Taiwan also have counterclaims.

China has built up and militarised many of the islands and reefs it controls in the region, believing these as rich in minerals, oil, and other natural resources. The two seas are also vital to global trade.­

Burns, who served as the Under Secretary of State for Political Affairs from 2005 to 2008, said the “Chinese genocide in Xinjiang and abuses in Tibet, it’s smothering of Hong Kong’s autonomy and freedoms, and its bullying of Taiwan are unjust and must stop.”

China’s recent actions against Taiwan are especially objectionable and the US is right to continue to adhere to its one-China policy, he said.

“We are also right to support the peaceful resolution of disputes, and to oppose unilateral actions that undermine the status quo and stability in the Indo-Pacific,” said Burns, who led negotiations on the landmark US-India Civil Nuclear Agreement in 2008.

Since 1949, the People’s Republic of China (PRC) has been claiming the self-ruled, sovereign, and the democratic island of Taiwan, officially known as the Republic of China, as a breakaway province that will one day merge with the mainland. Beijing has also been hinting at the use of force to achieve unification. Both the countries believe in One-China Policy and that the other one will eventually merge with it.

Burns said the US will compete vigorously with China where it should, including on jobs and the economy, critical infrastructure, and emerging technologies. The US will cooperate with China, where it is in its interest, including climate change, counter-narcotics, global health, and non-proliferation.

“We must stand with our allies and partners to uphold a free Indo-Pacific, including by maintaining America’s commercial and military superiority in 21st-century technologies.

“We also must hold the PRC accountable for failing to play by the rules on trade and investment, including its thefts of intellectual property, use of state subsidies, dumping of goods, and unfair labor practices.

That’s what spurs Washington into action.