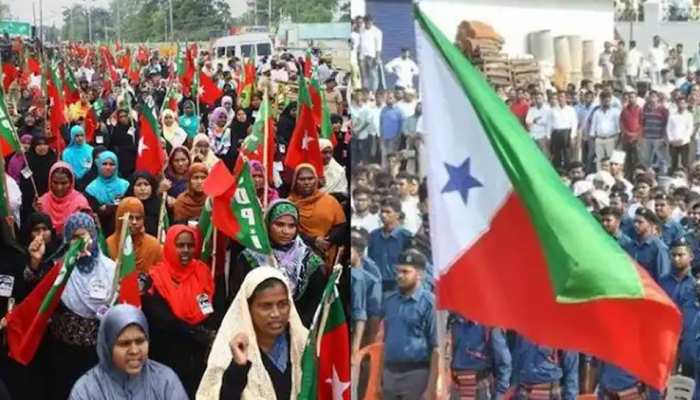 NEW DELHI, Sept 24: Even as the Kerala chief minister Pinarayi Vijayan termed as “premeditated” the violence that erupted during the Popular Front of India (PFI) called 12-hour “bandh” on Friday causing “huge losses” to the state exchequer, the National Investigation Agency (NIA) is claimed to have found many incriminating documents from a PFI office in Kolkata.

A video has also surfaced on social media showing some PFI activists shouting a “Pakistan Zindabad” slogan during a protest organised by the PFI in Pune, drawing a sharp reaction from the Maharashtra government which promised stern actions the anti-national elements shouting pro-Pakistan slogans.

Chief Minister Eknath Shinde said such slogans would not be tolerated in the State, while Deputy Chief Minister Devendra Fadnavis, who is also the Home Minister, said those who indulged in this sloganeering will not be spared.

The video shows that the slogan was raised a couple of times when the PFI activists were being bundled into a police vehicle as part of their detention during the protest held on Friday. The PFI had organised the protest outside the district collector office to denounce the nationwide NIA raids on the outfit and the arrest of its activists this week. During the protest, the police detained around 40 protesters.

The Pune police said they were investigating the matter. “We have already registered a case against the PFI members for unlawful assembly and we are looking into the slogans matter,” said Sagar Patil, Deputy Commissioner of Police. An offence against more than 60 protesters has been registered at the Bundgarden police station for organising the agitation without permission, for unlawful assembly and for blocking the road, another official said.

In a massive crackdown on the PFI, multi-agency teams spearheaded by the National Investigation Agency (NIA) had, on Thursday, arrested 109 leaders and activists of the radical Islamic outfit in near-simultaneous raids in 15 States for allegedly supporting terror activities in the country.

Maharashtra and Karnataka accounted for 20 arrests each, Tamil Nadu (10), Assam (9), Uttar Pradesh (8), Andhra Pradesh (5), Madhya Pradesh (4), Puducherry and Delhi (3 each), and Rajasthan (2). The PFI, formed in 2006, claims to strive for a neo-social movement ostensibly for the empowerment of marginalised sections of India, and is often accused by law enforcement agencies of promoting radical Islam.

Official sources said on Saturday that during its 10-hour long search in the PFI office in Kolkata with a massive cover of the Central Reserve Police Force (CRPF), the central agency officers found several documents and mobile phones related to the PFI activities. According to sources, the NIA has recovered a Bengali booklet demanding that the extension of territorial jurisdiction of the Border Security Force (BSF) along the international borders be withdrawn, claiming it was against the federal structure.

Another booklet in Bengali recovered by the agency condemns the NIA’s recent arrests of Al-Qaeda terrorists from Bengal’s Murshidabad district.

Some electronic devices, including a hard disk, have been recovered. Other documents include posters in Urdu, Arabic and Bengali titled “Babri ekdin jarur uthegi (Babri will rise one day)”, posters accusing the RSS of using the Enforcement Directorate. Apart from this, some flex banners against the UP police have also been found.

The seizure list also details several ‘provocative’ placards. A hand-written piece of paper listing funds given to PFI members has also been found. Some human rights activists, however, still argued there was no justification of invoking UAPA against those who reside at the Tiljala office since there was “no prohibitory documents” found.

Speaking at a senior police officers association’s event at Thiruvananthapuram on Saturday, the Kerala chief minister held that the violence that erupted during the PFI strike call on Friday was totally “premeditated” and insisted that the culprits would not be spared.

Lauding the efforts of the police, CM Vijayan said they took stern action in controlling the violence. “Strong action was taken and many were arrested. Police have started identifying those who engaged in violence covering their faces. We will identify them and no culprit would be spared. Police will bring those responsible to justice,” Vijayan added.

The PFI had given the bandh call in retaliation to the NIA raids which turned violent and damaged vehicles, hurled explosives and vandalised establishments across Kerala. The High Court stepped in to initiate suo motu contempt proceedings against the outfit and its state general secretary.

As many as 70 state-run passenger buses were attacked, leaving 11 crew members injured. In many places, PFI members forced shops to down their shutters. Police said 170 people were arrested, 368 were taken into preventive custody and 157 cases were registered in connection with bandh-related violence.