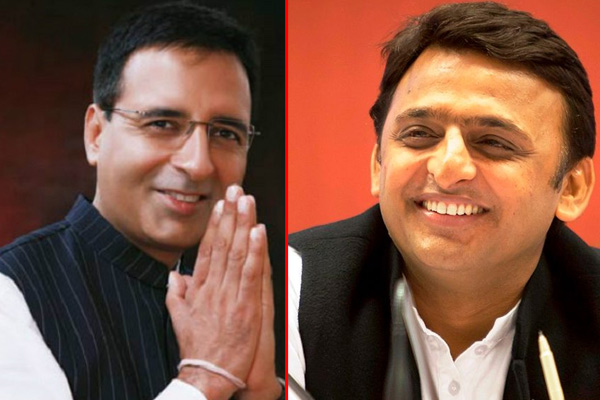 Lok Sabha Elections 2019 : Taking a dig on PM’s taunt of SARAB, calling SP, RLD and BSP pact as SARAB that is harmful for UP’s health, Congress Spokesperson  Randeep Surjewala said, “Does this kind of talk befit a Prime Minister? You are calling three political parties sharab? Is this the way a PM talks? Can the people accept this.”

“Take back your words and apologise to 130 crore people, or the nation and Uttar Pradesh will never forgive you.”

“For UP’s good health and for India’s future, should you not stay away from sarab? Sapa, RLD, Baspa, ye ‘sarab’ aapko barbaad kar degi (this sarab will destroy you),” he said to tittering in the audience.

Describing the PM as “drama king” and “flop film actor”, the Congress leader said despite his party’s differences with Bahujan Samaj Party (BSP) chief Mayawati, he addressed her as “ji” and this was “Indian culture”.

Samajwadi Party chief Akhilesh Yadav, however, tweeted that the PM muddled up “sarab(mirage)” and “sharab (liquor)” because of the teleprompter.

“Tele prompters exposed how those who promote hate don’t know difference between ‘sarab‘ and ‘sharab‘; ‘Sarab‘ also means mirage which the BJP has been showing for the last five years,” said Akhilesh Yadav.