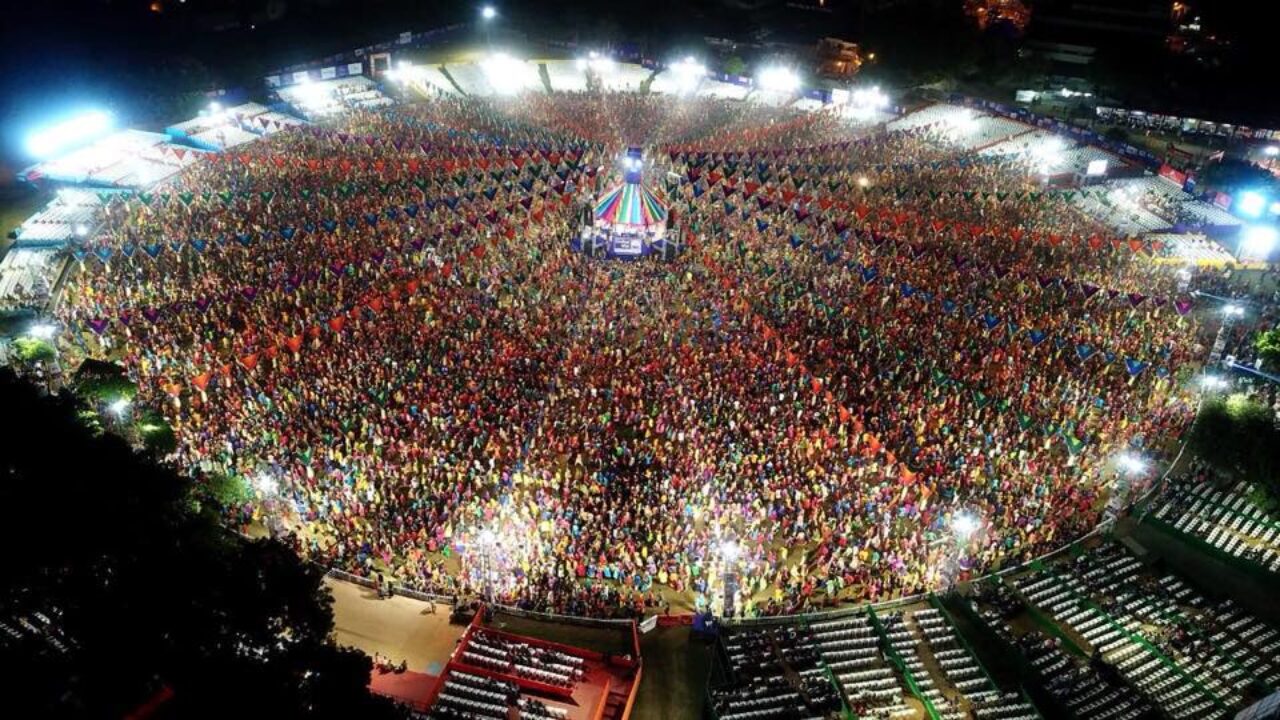 Ahmedabad: The Navaratri festive fervour gripped several Indian regions, especially the western India. The Sharad Navaratri will be observed between September 26 and October 04 this year.

From an impromptu garba in a Mumbai local, people of Udaipur playing garba in a swimming pool, to the Indian Railways serving an elaborate intermittent fast menu to passengers, the social media is replete with instances of the grand celebrations across the county.

However, the grand and jubiliant garba celebrations from Vadodara recently surfaced. The fifth day of the Navaratri festivities saw scores of people playing garba in a large, vibrant circle, as captured by a drone. The dance and revelry was witnessed on a grand scale last night after a gap of two years.

The drone captured an aerial view of the cultural union as a large number of devotees had gathered in a gigantic circle to play garba on the fifth day of the Navaratri festivities on Friday, September 30, 2022.

The device managed to beautifully capture the moment that showcases enthusiastic devotees performing energetically, with the rhythm and steps in sync with the beats and the lyrics. The venue was embellished with several lights and people who adorned bright and heavy traditional attire.

Performing dances such as Raas Garba, Sheri Garba, and Dandiya are considered to be a Sharad Navaratri ritual in the Northwestern and western regions of India. These popular folk dances are performed every year to honour goddess Durga.

It is considered auspicious to dance at least once to the garba and the specific music curated for the performances, as they are meant in honour of the goddess.

Recently, business tycoon Anand Mahindra shared a clip of Marine Drive, Mumbai, where a group of youngsters who were clad in casual clothes, were seen performing garba in unison. Another clip surfaced on the internet this year where a group of people who were denied entry to a party plot in Gujarat can be seen dancing around their vehicles on the street around midnight.