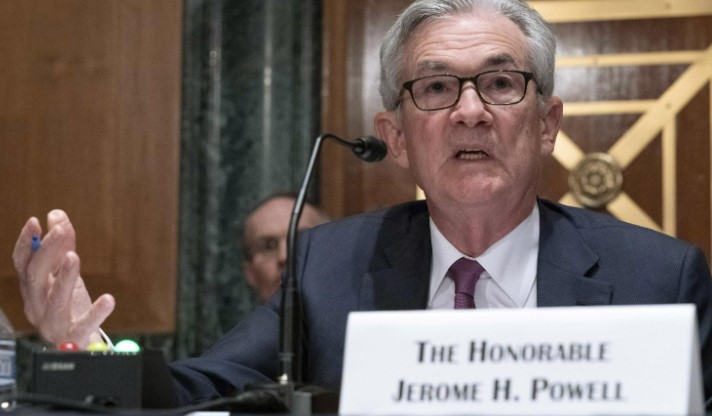 New Delhi: Amid the highest inflation in the US in four decades, and dire warnings about the beginning of the worst-ever global recession in December 2022, US Federal Reserve chief Jerome Powel has said his country’s economy may enter a “new normal” following worldwide disruptions from the Covid-19 pandemic.

“We continue to deal with an exceptionally unusual set of disruptions,” he told business and community leaders at Fed Listens, a US Fed event in Washington on Friday. “As policymakers, we’re committed to using our tools to help see the economy through what has been a uniquely challenging period.”

Powell didn’t discuss the outlook for interest rates nor offered more specifics on the economic outlook. All seven of the Board’s governors were present for the panel with Philip Jefferson and Lisa Cook making public comments in their roles as Fed officials for the first time, the media reported on Saturday.

The US central bankers raised their benchmark lending rate by three-quarters of a percentage point this week for a third straight time—the most aggressive pace of tightening seen since the Fed battled inflation back in the 1980s.

Powell and his colleagues are moving rapidly to reduce the highest inflation in nearly 40 years after being slow to spot the threat of broadening price pressures. Critics slammed them for that error, although inflation also worsened by Russia’s invasion of Ukraine, which boosted food and energy prices around the world.

“We have seen high wage growth among the lowest income workers but looking overall, wages haven’t kept up with inflation and inflation is very high,” she said. “If we look at who bears the burden, high inflation affects everybody, but of course, it puts special burdens on lower-income families and on people with fixed incomes.”

The US consumer prices rose 8.3 percent in the 12 months through August and officials vowed to cool them even if by harming the US economy and its workers.

This may be an effort to slow excess demand and put the labor market back into “balance” — a euphemism that glosses over the fact many people could lose their jobs. The labor market has remained strong, with unemployment at 3.7 percent, but policymakers this week forecast that would rise to around 4.4 percent next year as they continue to raise interest rates.

The US Fed has, since 2019, been organizing such events to seek public input on a review of its approach to monetary policy and continue public engagement.

Powel concluded: “We get to spend a lot of time with data, here at the Fed. But I personally would say I need to hear narratives, I need to hear stories, about what’s really going on out there for it all to make sense.”