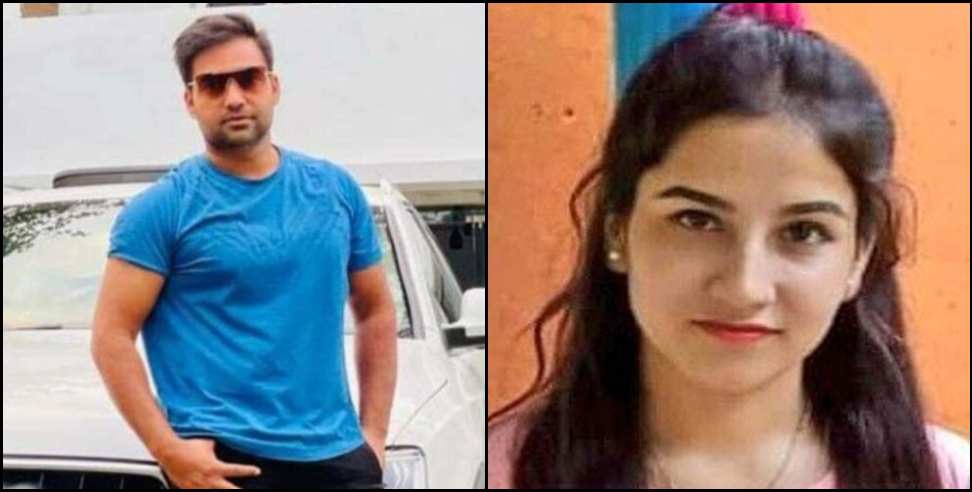 NEW DELHI, Sept 24: In a swift action, the ruling BJP on Saturday kicked out from the party the father and brother of the accused of the murder of 19-year old resort receptionist and also removed them from their respective official posts following a massive outrage after the body of the victim fished out of a canal on Saturday morning.

The Uttarakhand police claimed that the accused Pulkit Arya, the owner of the resort, and his two accomplices, including the manager of the resort, who have been arrested, have confessed of the crime. The police believed that she was murdered after she refused to succumb to their pressure to give “special services” to the guests on demand.

The police was facing outrage for alleged inaction in the last few days because the father of the accused Vinod Arya, was an influential BJP leader from Haridwar and former minister in the state, while his brother Ankit Arya was a ruling party leader. The BJP not only suspended the two from the party, the chief minister Pushkar Dhami also promptly relieved Vinod Arya from the post of the chairman of the Uttarakhand Mati Kala Board with a state minister’s rank, and Ankit Arya as the Vice President of the state OBC Commission, both government posts.

A day after the administration bulldozed parts of the Uttarakhand resort where Pulkit Arya allegedly murdered the 19-year-old receptionist Ankita Bhandari, angry locals set fire to parts of the building. They also vandalised local BJP MLA Renu Bisht’s car. Cops had to reportedly evacuate her to safety.

Pulkit Arya was arrested at his resort he owns at Bhogpur near Rishikesh, in Pauri district, Uttarakhand. He had reported her missing on Monday, as did her family, but police said it later turned out he, along with two staff members, had killed her. Those two have been arrested too. The resort is about 10 km from the Rishikesh main town. Civic authorities had carried out demolition at the resort overnight following the orders of the Uttarakhand Chief Minister.
The woman’s body was recovered from a canal this morning. Police are probing the motive amid allegations that the teenager was being forced into prostitution, but the police have not confirmed it.

Besides Pulkit Arya, resort manager Saurabh Bhaskar and assistant manager Ankit Gupta have been arrested. They confessed to the crime when questioned sternly, cops claimed. When the men were arrested yesterday, protesting local BJP supporters had surrounded the police vehicle and assaulted them before the cops managed to take them away.

Opposition Congress has said cops were slow “because of his links with the RSS-BJP”. “It’s horrific. When the girl went missing on September 18, why did the police register the FIR on September 21?” asked the state Congress spokesperson Garima Mehra Dasauni, “Till when will this brazen misuse of power by BJP and RSS leaders continue?”

The police initiated action only after Pushkar Singh Dhami promised “the harshest action no matter who is involved” after the public outrage following the recovery of her body from the canal.

The Uttarakhand top cop on Saturday said the 19-year-old receptionist was being pressured by the resort owner to provide “special services” to guests. Director General of Police Ashok Kumar said this much has been known from the woman’s chat with a friend of hers. Earlier, a Facebook friend of the victim had reportedly said his friend was killed because she refused to have sex with guests as demanded by the owner of the resort where she worked.

Before her body was found, she was reported missing by her parents after they could not find her in her room Monday morning. Reportedly, the friend said she had called him the night she was killed to tell him she was in “trouble.” According to reports, the victim had told her friend that the owner and the managers of the resort where she worked were mounting pressure on her to have sex with guests visiting the resort.

After 8:30 pm, her phone went unreachable. When after repeated attempts he could not connect to her, the woman’s friend called Pulkit Arya, the resort owner, said she had gone to her room to sleep. The next day when he reportedly called Arya’s again, his phone too was found switched off. The friend then rang up Ankit, the resort’s manager, who said she was in the gym. He then spoke to the resort’s Chef who told him he had not seen the woman that day.

WhatsApp text messages from the murdered Uttarakhand woman to her friend seem to confirm allegations that the teenager was being forced into prostitution by the accused men. “They are trying to turn me into a prostitute,” read one of her messages to the friend who she was describing her experiences working as a receptionist at the resort.

Screenshots of text messages from the victim are doing the rounds, where she describes how she was being forced into providing “special services” to clients for ₹ 10,000. Cops have said initial investigations indicate the messages are indeed from the victim, but a more rigorous forensic investigation is also being conducted.

The victim also told her friend that she was inappropriately touched by a man in the resort, but the accused men asked her to not do anything as he was drunk. An audio clip of a call recording reportedly from the victim to a resort employee has also gone viral. She can be heard crying on the phone, and asking the other person to bring her bag upstairs.

In a late-night action on Friday, the authorities started demolishing the resort saying it was built “illegally.” The woman’s body was recovered Saturday morning from the Cheela canal into which she had been thrown by her alleged killers.

A post-mortem of her body is currently underway at the All India Institute of Medical Sciences, Rishikesh, police said. On the alleged delay in action against the culprits, DGP Kumar said the matter was transferred to regular police from revenue police on Thursday, and within 24 hours the accused were sent behind bars.

Meanwhile, a pickle factory near the resort owned by Arya caught fire on Saturday, raising doubts whether it was an attempt by the murder accused to destroy evidence. Chief Minister Pushkar Singh Dhami has ordered an SIT, to be headed by DIG P Renuka Devi, to probe into the murder.