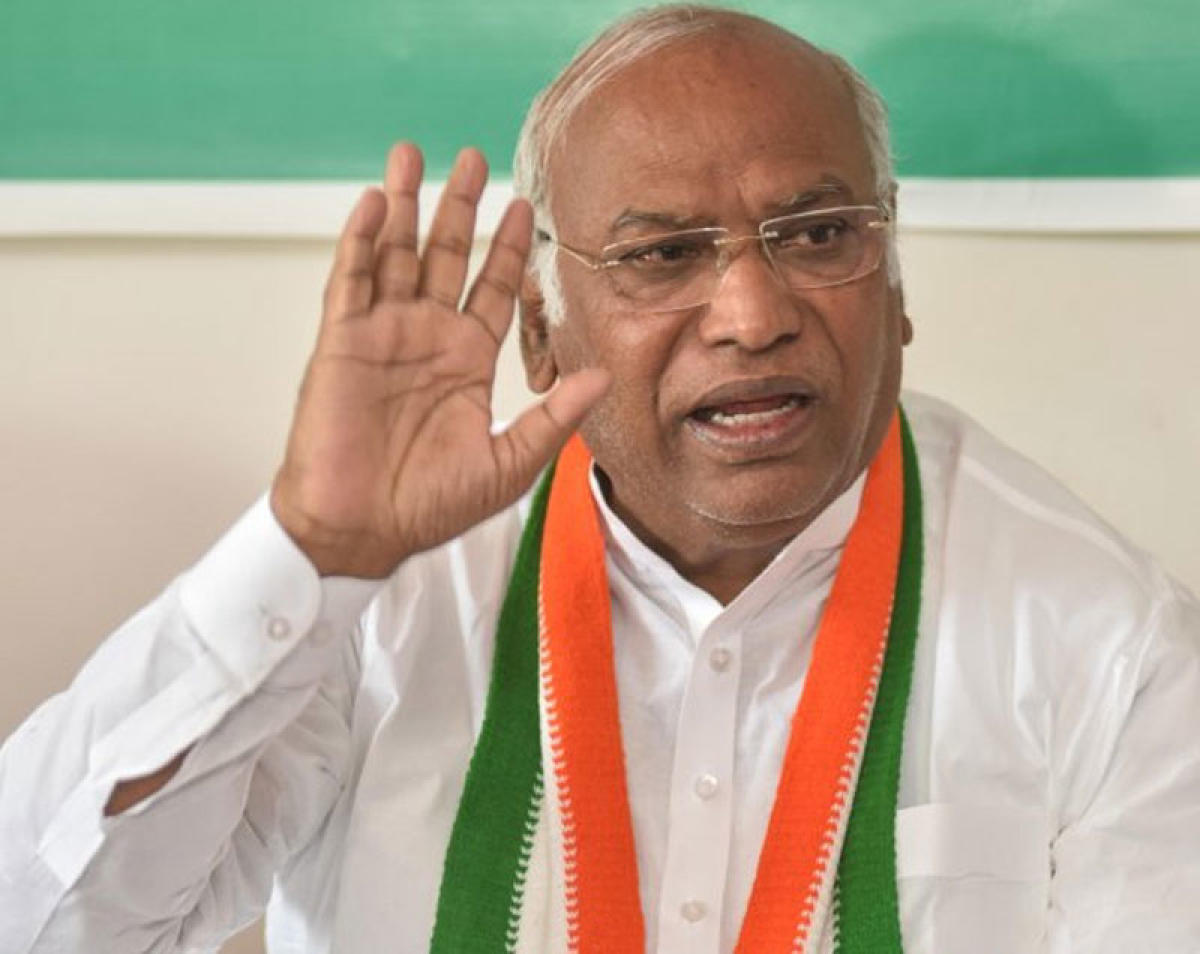 NEW DELHI, Nov 29: While in Rajasthan the Congress appears to have overcome the possibility of a split between two warring factions of chief minister Ashok Gehlot and his former deputy Sachin Pilot, the party may have provided a fresh ammunition to the rival BJP to beat it with in neighbouring Gujarat going to the state Assembly elections in two days.

The ammunition was provided by the party’s national president Mallikaurjun Kharge who unwittingly made a comparison between seeking votes for the party in the name of prime minister Narendra Modi in every elections down from local civic body to Parliament, with “10-headed Ravan.

Clinging to Kharge’s reported remarks in an elections rally in Ahmedabad on Tuesday, the BJP promptly shot back claiming that the Congress had “insulted” the people of Gujarat by calling its “son of the soil” a “Ravan.” The BJP IT cell chief Amit Malviya also reminded the voters in Gujarat that the former Congress president Sonia Gandhi had called had called Modi a “Mout ka Saudagar” before the 2007 elections which provided the saffron party a major weapon in its hands to beat the Congress with.

Mr Kharge made the comments while addressing a rally in Ahmedabad ahead of polls next month. “Modi ji is Prime Minister. Forgetting his work, he keeps campaigning in corporation elections, MLA elections, MP elections, everywhere… All the time he’s talking about himself – ‘You don’t have to see anyone else, just look at Modi and vote’. How many times do we see your face? How many forms do you have? Do you have 100 heads like Ravan?” Mr Kharge said, drawing laughter and applause from his audience.

The tweet referred to former Congress president Sonia Gandhi’s controversial “Maut ka Saudagar (merchant of death)” comment during the 2007 Gujarat election, targeting PM Modi – who was Chief Minister – over the 2002 riots. Indications are clear that the BJP would seek votes in the second phase of the polling on December 5 in the name of “pride of Gujarat,” a familiar slogan for the party under Modi’s leadership in the last four state Assembly elections since 2002.

The campaigning for the first phase of the polling to be held on December 1 ended at 5 P.M. Tuesday and the party did not got the opportunity to use Kharge’s “insulting remarks” in the first phase which would cover South Gujarat and the Saurashtra regions but it is likely to be made a major issue in the second phase of polling on December 5 covering central and north Gujarat regions including Ahmedabad and Vadodara cities, the traditional BJP strongholds.

previous “Show of Unity” in Sharply Divided Congress in Rajasthan
next Telangana: Police Tow Away Car with YS Sharmila In
Related Posts