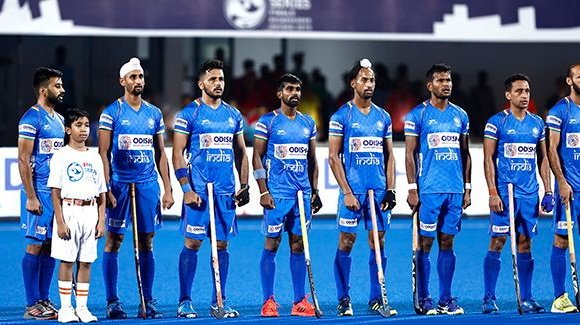 NEW DELHI, May 26: Indian Men’s hockey team on Thursday entered the knock-out stage of the Asia Cup and dashed Pakistan’s hopes to qualify for the World Cup. Rising to the occasion, Indian men’s hockey team slammed six goals in the final quarter for a crushing 16-0 victory against Indonesia, a result that took the holders into the knockout stage of the Asia Cup but shut the World Cup door on Pakistan in Jakarta on Thursday.

India needed to win the Pool A contest by at least a 15-0 margin to qualify and the young players of the side delivered under pressure. Both India and Pakistan finished on four points each in Pool A behind Japan but the defending champions qualified for the Super 4s due to better goal difference (1). Pakistan had lost 2-3 to Japan earlier in the day.

The result not only pushed Pakistan out of the tournament but also dashed their hopes of World Cup qualification since only the top three teams in the Asia Cup will be given tickets for the big event. India, being the hosts, will play the World Cup later in the year and hence Hockey India decided to send young players to this tournament for exposure.