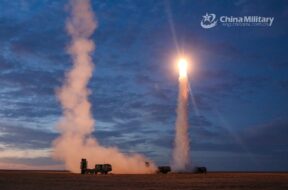 China Tests Missile-Interception System, A new challenge to India and the US

June 20, 2022 Vinayak Barot
0
New Delhi: China has carried out a test of “ground-based midcourse anti-missile intercept technology” that “achieved its expected purpose”, the Defense Ministry of China on Monday said. China has given few details about its own missile programs, aside from occasional brief statements by the defense ministry or in state media. The test is of defensive […]
Read more 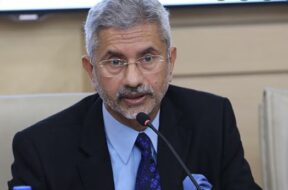 June 10, 2022 Vinayak Barot
0
New Delhi: The External Affairs Minister of India – S Jaishankar accused China of trying to change the status quo in Ladakh in the northern sector unilaterally and called military deployment at the Line of Actual Control the biggest since 1962 Sino-Indian war. Jaishankar gave this statement during a talk on national security in the eight […]
Read more 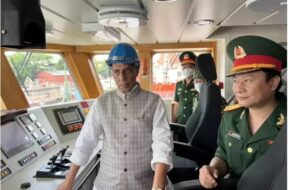 June 9, 2022 Vinayak Barot
0
New Delhi: Rajnath Singh – Defence Minister of India Thursday handed over 12 high-speed guard boats to Vietnam to help the country to improve its security and defense. The boats built under a USD 100 million Line of Credit granted to the Southeast Asian country by India were given by Singh at a ceremony in […]
Read more 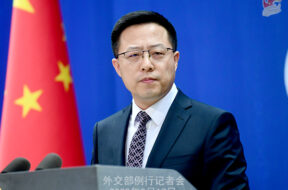 June 9, 2022 Vinayak Barot
0
New Delhi: Not only the people of Sri Lanka and the government of the island country have noticed the help of India in its financial crisis, but the world has noted that stability and development in South Asia always remained the main priority of India. The New Delhi government has released about USD 3 billion […]
Read more 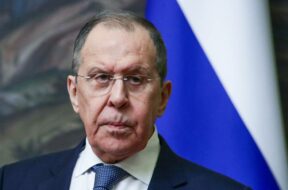 June 6, 2022 Vinayak Barot
0
New Delhi: Russian Foreign Ministry Spokeswoman Maria Zakharova has confirmed that the countries bordering Serbia have closed their airspace to Minister Sergey Lavrov’s aircraft. “The countries bordering Serbia have closed the only air route to the aircraft of Sergey Lavrov who was to depart for Serbia. The Russian delegation was scheduled to hold talks in […]
Read more 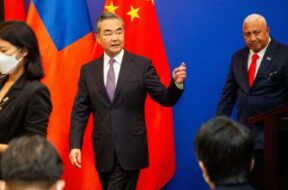 May 31, 2022 Vinayak Barot
0
_Vinayak Barot New Delhi: The definition of Press Freedom nowadays is different in all corners of the world. The meaning of press freedom in China could be different from what press freedom is in India, the US, and other countries. Senior journalists of well-known media – who have invested their entire life in the field of […]
Read more 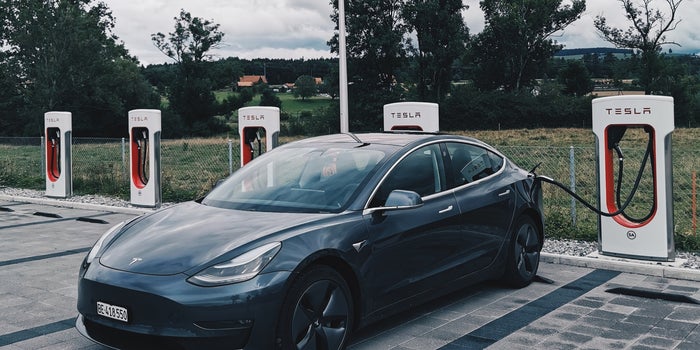 Elon Musk wants to sell cars first in India, then will decide on manufacturing

May 28, 2022 Vinayak Barot
0
Mumbai: The Supremo of the electric car making company Tesla – has finally spoken on the issue and as usual, chose Twitter to deliver his message across. On Telsa cars’ manufacturing in India – Elon Musk replied that “Tesla will not put a manufacturing plant in any location where we are not allowed first to […]
Read more 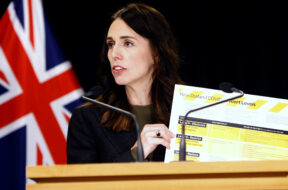 Ready to respond to security needs in the Pacific: New Zealand PM

May 26, 2022 Vinayak Barot
0
New Delhi: Prime Minister of New Zealand – Jacinda Ardern – has expressed concern about China’s steps in the Pacific. “New Zealand is ready to respond to security needs in the Pacific after it emerged China is planning a Pacific-wide security deal with almost a dozen island nations,” Ardern said. Intentions of China to disturb the […]
Read more 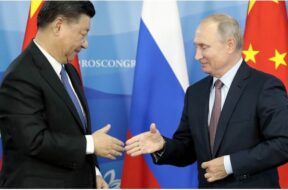 May 26, 2022 Vinayak Barot
0
New Delhi: Russia welcomes China’s proposition to enlarge the alliance of Brazil, Russia, India, and China, known as BRICS, but believes it is too early to name new possible members, Foreign Ministry Spokeswoman Maria Zakharova said. China, which is presiding over BRICS this year, “has suggested we step up this effort, and we support this […]
Read more 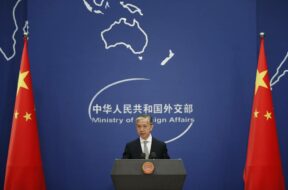 The US will pay a high price if it keeps treading down the wrong path on Taiwan: China

May 25, 2022 Vinayak Barot
0
New Delhi: The US will pay an “unbearable price” if it continues down the wrong path on the issue of Taiwan, Chinese Foreign Ministry Spokesman Wang Wenbin said Tuesday, commenting on US President Joe Biden’s recent remarks on the subject. “The US keeps playing a game of words around the ‘one China’ principle. But I […]
Read more