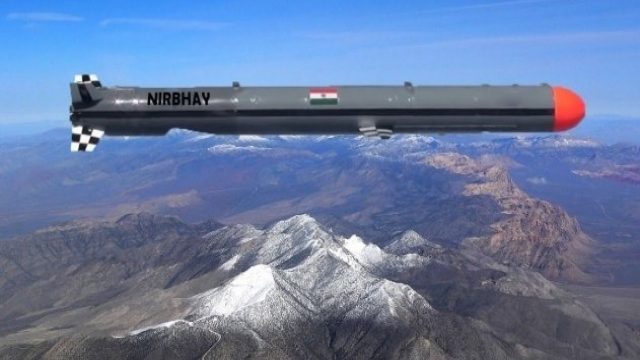 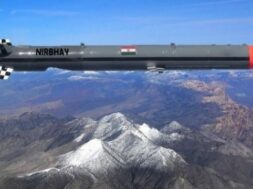 NEW DELHI, Aug 11: The Defence Research and Development Organisation (DRDO) on Wednesday fired the 1,000-km range Nirbhay cruise missile with the indigenous booster engine from Chandipur testing facility in Odisha. The sub-sonic cruise missile was fired at 9:55am and was tested for 100 km in flight and 15 minutes in time.

The firing was “a partial success,” the DRDO sources said. The indigenous engine was successfully tested but the delivery platform came down due to inexplicable reasons. “Maybe a snag in the controller, but the engine worked well. Next test firing will be done in mission mode before user trial for air force and navy,” said an official.

After the October 2020 failed test, this was the first successful test-firing with the indigenous booster engine. The previous one in October last year had to be aborted after eight minutes flying time.

Nirbhay is a subsonic missile, flying at a speed of 0.7 to 0.9 Mach, with sea-skimming and terrain-hugging capability that help the missile stay under enemy radar to avoid detection. It is a two-stage missile with first stage using solid fuel and the second using liquid fuel. It carries a convention warhead of 300 kilograms weight and can hit targets up to 1500 km range. The missile is capable of flying between 50 metres to four km from ground and pick up the target before engaging and destroying it.

The missile also has a loitering capability that allows the delivery platform to manoeuvre mid-flight and at the end to hit the target by doing inflight course corrections. It can be fired from sea, land and through mobile launchers.

The missile is now going to be handed over to the army, which will conduct three more tests before inducting it. After induction, Nirbhay is expected to be deployed along the Line of Actual Control (LAC) amid the stand-off with China at multiple points in East Ladakh.