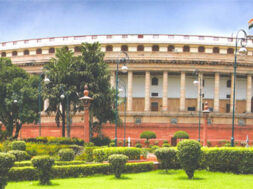 NEW DELHI, Aug 10: The Lok Sabha on Tuesday passed the Constitution 127th Amendment Bill, 2021, which restore to the states and the union territories the powers to draw up their own lists of the Other Backward Classes (OBCs).

The constitution amendment bill which had received support from the entire opposition, was cleared with 385 votes for and none against it.

The passing of the bill comes amid murmurs from some states, like Bihar, of their own caste-based surveys given the Central government’s stand that only Scheduled Castes and Tribes, none other, will be enumerated in Census 2021.

Earlier, in a written reply to the Lok Sabha, the union minister Nityanand Rai stated that the government has not taken any decision to prepare the National Register of Indian Citizens (NRIC) at national level.

However, Rai added that the government has decided to update the National Population Register (NPR) under the Citizenship Act, 1955, along with the first phase of Census 2021. “No document is to be collected during this exercise,” he said.

Rai, in a written reply to a question in the Lok Sabha, stated that during the Census 2021 exercise, only those SCs and STs that were notified through the constitutional orders of 1950 will be enumerated.

Rai said the Socio-Economic and Caste Census (SECC) 2011 was conducted by the Ministry of Rural Development (MoRD) and the then Ministry of Housing and Urban Poverty Alleviation (HUPA) in rural and urban areas respectively and the SECC 2011 data, excluding the caste data, have been finalised and published by MoRD and HUPA. “The Office of the Registrar General, India had provided logistics and technical support in conducting the SECC-2011. The raw caste data have been provided to the Ministry of Social Justice and Empowerment (MoSJE) for classification and categorisation of the data. As informed by MoSJE, there is no proposal to release the caste data at this stage,” he said.

During the debate on ‘The Constitution (127th Amendment) Bill, 2021’, several Opposition parties, including the Congress, demanded removal of the 50 per cent cap on reservations, while the government underlined its commitment to social justice.

Many leaders such as BJP ally JD(U)’s Lalan Singh, Samajwadi Party’s Akhilesh Yadav, BSP’s Ritesh Pandey and DMK’s T R Baalu demanded a caste census be conducted throughout the country. While DMK’s Baalu and SP’s Yadav also demanded the removal of 50 per cent ceiling in reservation, Supriya Sule (NCP) said the credit for this amendment bill should be given to the Maharashtra government which requested the Centre to address the issue of OBC reservation. Sule said another important issue along with this legislation was to address the 50 per cent ceiling on reservation without which the amendment would not fully resolve the issue. YSR Congress Party and Shiv Sena also voiced support for the bill.

previous Booster Dose: “We are Watching the Situation;” VK Paul
next US B-52 bombers killed 11 terrorists in Nijrab district of Afghanistan: Report
Related Posts