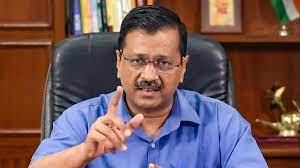 Kejriwal Blasts BJP to be “Most Corrupt Party” 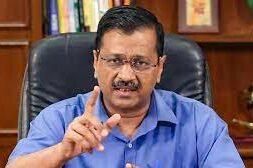 Kejriwal Blasts BJP to be “Most Corrupt Party”

NEW DELHI, Nov 24: The Delhi chief minister and the Aam Aadmi Party chief Arvind Kejriwal on Thursday blasted the BJP claiming that no political party was more corrupt than the BJP in the country.

Refuting the claims of the prime minister Narendra Modi that his BJP government was squeaky clean, Mr Kejriwal said, “Give me control of the Central Bureau of Investigation (CBI), Enforcement Directorate (ED) for one day, half of BJP will be in jail.”

“Over the last seven years they have filed 167 cases against AAP leaders – not one has been proved in court. AAP leaders have been cleared in over 150 cases and the rest are pending,” he said.

He also alleged that the centre was misusing the central agencies and its officers only to find fault with the AAP government and the party leaders but to no avail. “800 probe agency officers are dedicated only to find a paisa-worth of wrongdoing by AAP. They have found nothing. Agencies get pulled up by courts on a daily basis for filing such rubbish cases,” Mr Kejriwal claimed.

The Chief Minister was responding to the BJP’s accusations against AAP ahead of elections in Gujarat and the Municipal Corporation of Delhi (MCD) next week. “In the last five years, the Delhi government has given ₹ 1 lakh crore to MCD. Please ask the BJP where it all went. All gone. They are so greedy and corrupt that they ate up all of it. No party is more corrupt than the BJP,” Mr Kejriwal said. The AAP chief predicted a win for his party in the MCD elections. “AAP will get 230-plus seats out of 250 in the MCD. The BJP will get less than 20 seats. For Gujarat too, I feel AAP will win the elections in the state,” he claimed.

Meanwhile, some Congress leaders expressed the hope that the party’s former Leader in Madhya Pradesh Jyotiraditya Scindia, who couple of years ago joined the BJP and is currently a minister in the Modi cabinet at the centre, could be looking for return to party-fold.

The Bharat Jodo Yatra entered Bodarli village in Madhya Pradesh’s Burhanpur district from neighbouring Maharashtra on Wednesday morning. Scindia, a one-time close confidant of Rahul Gandhi, had said, “Everyone is welcome in Madhya Pradesh,” referring to the march. Other BJP leaders, however, snubbed Rathore stating that the Congress leader was reading too much into a harmless general welcome message.

Rathore also asserted that the Congress was all poised to win the HP elections when the counting of votes taken up on December 8 along with Gujarat. Asserting that highest ever voting in assembly polls in the hill state was a clear indication of change as people were unhappy with the BJP-led state government, he said, adding that the Congress would form the government in Himachal Pradesh with a clear majority.

“The script of BJP’s defeat was written when it lost three Assembly elections and one Lok Sabha by-election last year after the Congress highlighted price rise, inflation and non-governance as major issues which dominated the polls, Mr Rathore added.