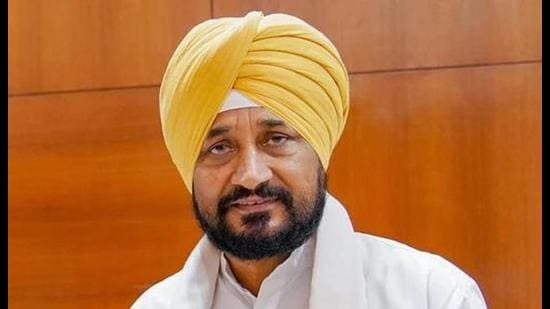 NEW DELHI, Oct 22: The Punjab Chief Minister Charanji Singh Channi has urged Prime Minister Narendra Modi to relook into the decision to increase BSF’s jurisdiction in Punjab to 50 km from the existing 15 km from the border.

In a letter to Modi on Friday, Channi also urged him to restore the status quo ante by withdrawing the October 11 notification to enable the BSF and the Punjab Police to avoid territorial clash and work together against the anti-national forces for safeguarding the sovereignty and territorial integrity of India.

Channi also sought an appointment with the Prime Minister for a meeting on this issue. Following the change of BSF jurisdiction, Punjab will be perhaps the worst hit in respect of policing its own areas as many of its major cities and towns fall within 50 kilometres from the international border with Pakistan.

Channi pointed out that the BSF was trained to perform their primary duty of guarding and securing the international border and to act as the first line of defence, while policing in the hinterland was the duty and responsibility of the state or local police. “Moreover, Punjab Police is a professional force fully competent to handle any law and order situation within the state,” he wrote.

Making a strong plea to review the entire matter, the Chief Minister said, “There are no justifiable reasons for unilaterally changing the existing arrangements by the Government of India now.”

He also apprised the Prime Minister that the police and law and order were subjects under the state list and were looked after by the states. “By conferring powers of police officers to search, seize and arrest persons on BSF officers, not only for prevention of offences punishable under various Acts but also for any cognizable offence punishable under any other Central Act without consulting the state governments or obtaining their concurrence, amounts to encroachment upon the powers and role of state by the Centre,” he wrote.

He further said the Centre was thus attempting to weaken the spirit of federalism and disturb the federal structure of the Constitution.

Notably, Punjab has 425 kilometres of international border with Pakistan and more than 80 per cent of the total area of the border districts — Pathankot, Gurdaspur, Amritsar, Tarn Taran, Ferozepur, Fazilka and all the major towns and cities including all the district headquarters of these border districts of Punjab — fall within 50 km from the Indo-Pak international border.

previous Covid-19: Russia to shut Moscow for 11 days after 1,000-plus deaths in 24 hours
next Home Minister Amit Shah to Visit Jammu and Kashmir for three days, Snipers-Sharpshooters deployed
Related Posts