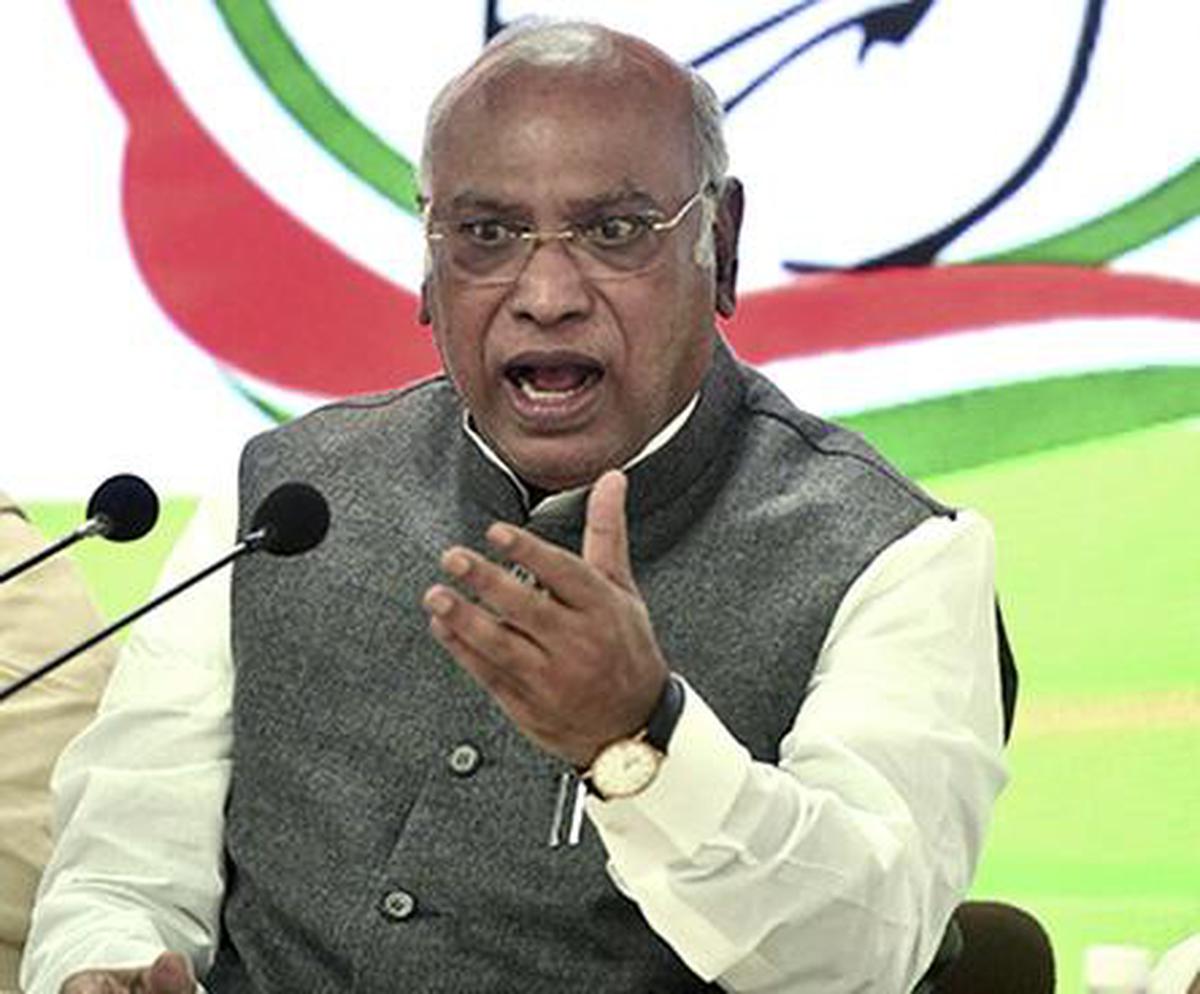 NEW DELHI, Oct 1: Maalikarjun Kharge contesting the elections for the Congress president’s post, on Saturday resigned as the leader of the opposition in the Rajya Sabha, in keeping with the party’s “one man, one post” rule adopted at the recent Udaipur “chintan shivir.”

Soon after filing his nomination for the post on Friday, Mr Kharge had told the grand old party’s working President Sonia Gandhi that he was quitting from the post in the upper house, in line with the party’s policy. He had also sent a letter to Mrs Gandhi on this line last night.

Mrs Gandhi, the chairperson of the Congress parliamentary party, will now appoint a new leader and convey the decision to the Rajya Sabha Chairman. As the Congress picks its first non-Gandhi president in 25 years, Mr Kharge, 80, is the candidate backed by the Gandhis and is almost certain to be elected.

He faces Shashi Tharoor, a key member of the ‘G-23’ dissident group, in a direct contest after the nomination form of the former Jharkhand minister KN Tripathi was rejected in scrutiny. Addressing a press conference at the Congress headquarters in New Delhi, AICC Central Election Authority chairman Madhusudan Mistry said a total of 20 forms were received during the nomination process and four of them were rejected.

While Mr. Kharge submitted 14 forms, Mr. Tharoor submitted five and Mr. Tripathi one. Mr. Mistry said Mr. Tripathi’s form was rejected as the signature of one of his proposers did not match and another proposer’s signature was repeated. The former Madhya Pradesh chief minister Digvijaya Singh, who had collected nomination forms on Thursday, did not file any after Mr Kharge agreed to contest.

Though Tharoor was one of the G-23 members, most of the other dissidents have backed Kharge’s nomination. Tharoor has clarified that he has no bad blood with Mallikarjun Kharge. Calling him “Bhishma Pitamah of the Congress,” he added, “we are not rivals, we are colleagues”. He, however, did call Mr Kharge a candidate of continuity and vowed to change the party high command culture if elected.

Mr Tharoor insisted “this is not a war”, but wants the voters — an electoral college of over 9,000 delegates — to see Mr Kharge as a symbol of status quo, meaning the Gandhis holding power themselves or by proxy. His slogan goes: ‘Think Tomorrow, Think Tharoor’. “Mr Kharge and I can belong to different schools of thoughts. We are associates in the same party. Let the members decide,” he said. “All I am telling the members is that if you’re satisfied with the functioning of the party, please vote for Kharge saab. But if you want a change — if you want the party to function differently — choose me.”

Meanwhile, within two days of Ashok Gehlot declaring that he had left on Mrs Gandhi a decision on the Rajasthan chief minister’s post, the leader on Saturday hinted that he was not leaving the chai sooner.

Asked by reporters as to who would present next year’s budget in the state, Gehlot replied by urging the public to send their suggestions about the budget to him. He was speaking in Bikaner, having returned from Delhi and resumed his duties of Chief Minister Saturday. “I have said that we will present a budget for students and the youth. I am repeating once again and appealing to the youth, students and the public of the state that they send the suggestions that they have in their minds directly to me. I want to bring those schemes which are in their hearts. Because the future of the country is the youth,” he said.

This is also contrary to what Gehlot had told reporters on September 25, just before his loyalist MLAs skipped a scheduled CLP meeting to announce support for him, ahead of a CM change. With Congress presidency seen as within his reach, Gehlot had said he would brief “the next CM” on suggestions regarding schemes for students and the youth for the next budget.

At the time, his statement was seen as a signal that Gehlot was ready to step down to contest the Congress national presidential election. He also said that the new generation should be given a chance.

Now, with the Jaipur rebellion resulting in an apology by him to Sonia and his withdrawal from the Congress presidential race, Gehlot appears to be again playing hardball and shown his unwillingness to pave the way for his bete noir Sachin Pilot, the young leader form whom he and his loyal supporters seem to have stored only hatred.