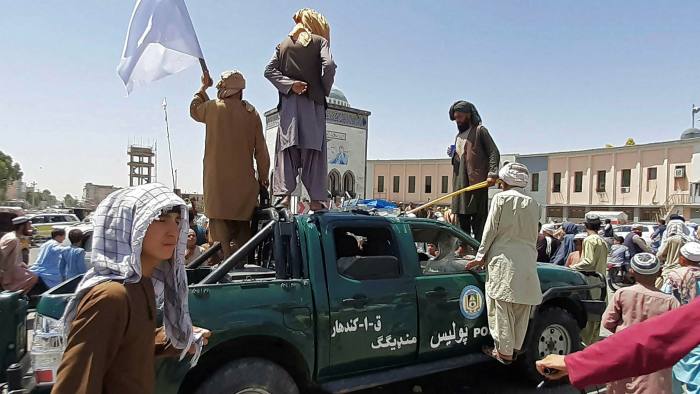 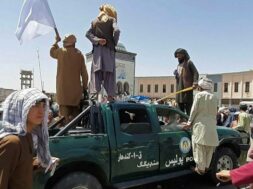 NEW DELHI, Aug 21: Raising concern in India, a group of about 150 Indian citizens were stopped and whisked away to some undisclosed place reportedly for questioning just before they were to enter the Kabul airport on Saturday.

The incident caused serious concern in India about their safety but reports reaching here later said they were released by Taliban after questioning and checking their travel documents and have reached the safety of the Kabul airport which is still under the control of the US army. Official sources said they would be airlifted to India soon.

The Indians were among the group of foreigners who were stopped by the Taliban fighters while heading towards the Kabul airport, Afghan media reports said. Kabul Now news portal initially reported that the group was “abducted” by the Taliban fighters but it later updated the report saying all the people were released and on their way back to the Kabul airport. People tracking the developments in Kabul said there were no specific reports of any harm to Indians in Kabul so far.

The Taliban’s ‘picking up’ of Indian citizens comes hours after an Air Force transport aircraft managed to evacuate 85 Indians from Kabul which first landed in Tajikistan for re-fueling before resuming its journey for Delhi. A second aircraft is kept stand-by at the Kabul airport to evacuate more Indians as they were able to reach the airport.

Official sources said the government was trying to bring as many Indians as possible into the airport at Kabul to keep them safe while it works out the evacuation logistics. India has evacuated all embassy staff and closed down its mission in Kabul but an estimated 1,000 Indian citizens are still scattered in different Afghan cities. Ascertaining their location and condition and bring them to Kabul was proving to be a challenge, a Home Ministry official said.

Among those stopped on way to the Kabul airport were also around 200 Sikhs and Hindus Afghan nationals who were sent back to a nearby Gurdwara with the Taliban asking them not to leave the country since they were Afghan citizens. A spokesman for the Taliban – which is trying to project a more moderate image – released a video of the Gurudwara head saying that they had been assured of safety by Taliban.

Seeking evacuation to India, this first batch of Afghan Sikhs and Hindus had been waiting outside the airport for over 12 hours since Friday, president of World Punjabi Organisation (WPO) Vikramjit Singh Sahney said. “Taliban fighters stopped them from boarding the IAF plane and said since they are Afghans, they must go back. Now the group has safely returned to Gurdwara Dashmesh Pita Guru Gobind Singh ji Karte Parwan in Kabul,” said Sahney, adding that minority MPs Narinder Singh Khalsa and Anarkali Kaur Honoryar were also a part of the group.

“They were to board along with nearly 80 Indian citizens,” said Sahney. “Now the only way to evacuate Afghan Sikhs and Hindus is to negotiate with the Taliban and tell them that Sikhs need to visit India for the 400th birth anniversary celebrations of Guru Teg Bahadur ji later this year.”

Since the Taliban takeover, a group of 280 Afghan Sikhs and 30-40 Hindus have taken shelter at Karte Parwan Gurdwara in Kabul. They also held two meetings with Taliban representatives who assured them of ‘peace and safety’ and said that they need not leave the country. However, since March 25, 2020, when at least 25 Sikhs were killed after an Islamic State (IS) gunman allegedly stormed the Gurdwara Guru Har Rai Sahib in Kabul and opened fire, members of both minority communities have been urging the governments of India and Canada to evacuate them from Afghanistan.

Afghan Sikhs and Hindus are nationals of Afghanistan who hold passports of the war-torn country. They come to India on Long Term Visas but the families, who are financially weak, prefer to stay in that country as their sources of livelihood are mainly in the cities of Kabul, Jalalabad and Ghazni.

At the time of the Kabul Gurdwara attack in 2020, there were less than 700 Sikhs and Hindus in Afghanistan. Since then, at least 400 of them have migrated to India. Once a country of over one lakh Sikhs and Hindus, members of these communities started leaving Afghanistan after the Mujahideen took over in 1992.

The political office of the Taliban had also sent messages to Delhi urging the Indian government not evacuate the embassy staff saying that India had nothing to fear for their safety. India, however, was not convinced because days before those ‘outreach’ messages, Taliban forces had reportedly entered the two of the Indian closed consulates, “ransacked” offices and took away documents and parked vehicles. A senior official said, “we expected this…”

A Taliban official on Saturday denied abduction of any foreigner by the Islamist militant group, however, stating that some were being questioned before leaving Afghanistan. As several countries struggled to ramp up evacuations in Afghanistan amid chaos just a week after Taliban took over the south Asian nation, there were reports of the Taliban kidnapping foreigners. “Our fighters will continue to demonstrate restraint,” media reports quoted the Taliban official as saying. Ruling out incidents of reported kidnappings, he added, “We are questioning some of them before they exit the country.”

Meanwhile, the Taliban are likely to unveil a new governing framework for Afghanistan within the next few weeks, a spokesperson said on Saturday. “Legal, religious and foreign policy experts in the Taliban aim to present the new governing framework in the next few weeks,” the official said. Since returning to power in the country, the Taliban has sought to present a more moderate face. The co-founder of the militant group, Mullah Abdul Ghani Baradar, arrived in Kabul on Saturday for talks with fellow members of the group and other politicians on establishing a new Afghan government.

The Taliban will be accountable for its actions and will investigate reports of reprisals and atrocities carried out by members, an official of the Islamist militant group told the media.

The ongoing evacuation of US citizens and Afghan nationals who supported Americans over the last two decades is one of the largest and most difficult airlifts in history, US President Joe Biden said Friday. He had earlier pledged to bring back all Americans from the country, which descended into a state of chaos after the Taliban’s returned to power.

The US government will retain a laser focus on its counterterrorism mission in Afghanistan, President Biden said, warning of a forceful response to any attack on American forces or disruption of its operations at the Kabul airport. “We’re also keeping a close watch on any potential terrorist threat at or around the airport, including from the ISIS affiliates in Afghanistan,” he said.

Joe Biden had made up his mind about Afghanistan months, really years, ago. For more than a decade, Biden advocated for an end to American involvement in Afghanistan. But he did so as something of an outsider, a senator whose ultimate power came in the form of a single vote on Capitol Hill or a vice president who advised another president.

But authority over America’s longest war finally fell into Biden’s hands this year and he insisted that the US withdraw from Afghanistan, settling on an August 31 deadline. And despite the rapid collapse of the Afghan government, spurring a humanitarian crisis and searing criticism at home and from traditional allies, he was resolute, at times defiant. He took responsibility and in turns leveled blame at his predecessor.

Secretary of State Antony Blinken said 13 countries have thus far agreed to at least temporarily host at-risk Afghans evacuated from Afghanistan and a dozen more have agreed to serve as transit points for evacuees, including Americans and others. Blinken says in a Friday statement that potential Afghan refugees not already cleared for resettlement in the United States will be housed at facilities in Albania, Canada, Colombia, Costa Rica, Chile, Kosovo, North Macedonia, Mexico, Poland, Qatar, Rwanda, Ukraine and Uganda.

The island kingdom of Bahrain has said it is “allowing flights to make use of Bahrain’s transit facilities” amid the evacuations of Afghanistan. The kingdom made the announcement in a statement released early Saturday. Bahrain, in the Persian Gulf off Saudi Arabia, is home to the U.S. Navy’s 5th Fleet. The announcement comes as the U.S. faced issues Friday with its facilities at Al-Udeid Air Base in Qatar filling up with those fleeing the Taliban takeover of the country.

Exposing its true face, within days of promising respect to women’s rights, the Taliban is learnt to have banned co-education in government and private universities in Herat province describing it as the ‘root of all evils in society.’ The decision was taken after a meeting between varsity professors, owners of private institutions, and Taliban authorities, Khaama Press News Agency reported on Saturday.

This is the first ‘fatwa’ issued by the Taliban after its swift takeover of Afghanistan last week. Capital Kabul’s capture on Sunday signified the end of the US’s longest war, launched after the September 11, 2001 terror attacks.

Meanwhile, in India 14 people were arrested from across Assam for alleged social media posts supporting the Taliban takeover of Afghanistan, police said on Saturday.

The arrests were made since Friday night and they have been booked under different sections of the Unlawful Activities (Prevention) Act, IT Act and CrPC, a senior police officer said. “We were on alert and monitoring social media for inflammatory posts,” the officer said. Two people each were arrested from Kamrup Metropolitan, Barpeta, Dhubri and Karimganj districts, police said.