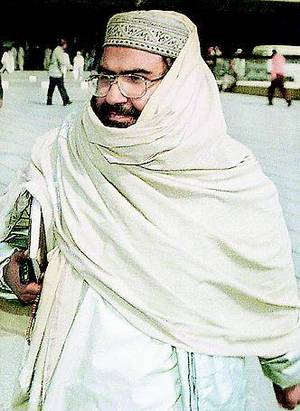 Pakistan Foreign Minister, Shah Mahmood Qureshi admitted that Jaish-e-Mohammad chief Masood Azhar is in Pakistan and that he is “unwell to an extent that he cannot leave his house.

Masood Azhar is the chief of Jaish-e-Mohammad – the organization that has carried out multiple attacks on India over the last nearly two decades, including the recent Pulwama attack that killed 40 CRPF officers. India along with US, France and Britain has been trying to list him as a “global terrorist” at the United Nations Security Council. However, China does not seem committed to do so.

Qureshi also said that Pakistan will take action against him if presented with “evidence that can stand in a court of law.”

the foreign minister said, adding that there is a “need to satisfy the legal process.”

It should be noted here that India has already sent the dossier to Pakistan that contains specific details and audio clips about Masood Azhar praising the Pulwama Attack. The Official sources also said that such anti India speeches and claims of attacks by Jaish on security forces in the past two years is a significant evidence in itself.