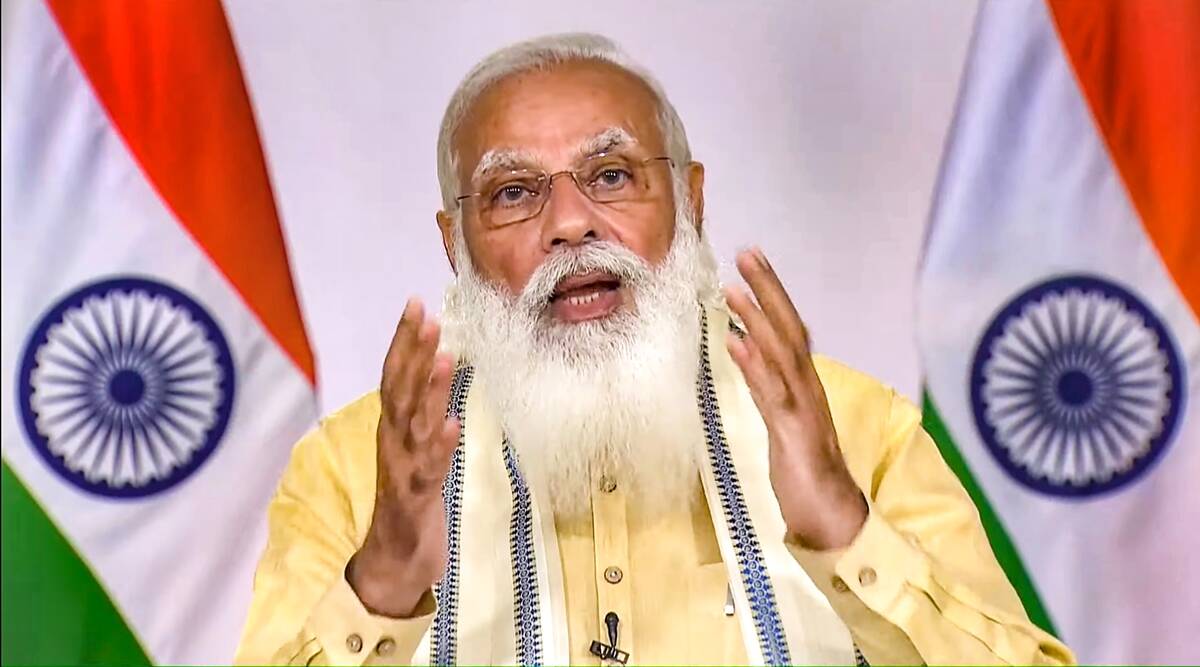 Modi’s Outreach to Farmers, “Want to Stand with them like Partners”

Modi’s Outreach to Farmers, “Want to Stand with them like Partners”

NEW DELHI, Sept 14: Keeping in view that the farmers’ agitation demanding repeal of the three contentious farm laws could impact the coming elections to the Uttar Pradesh Assembly, the Prime Minister Narendra Modi, on Tuesday said his government was continuously working for the empowerment of farmers, and wanted to stand with them like a partner.

Speaking in Aligarh in Uttar Pradesh after laying the foundation stone of a university named after freedom fighter and Jat king Raja Mahendra Pratap Singh, Modi devoted considerable part of his address on the farmers many of whom are from the Jat community.

Modi said the government has paid Rs one lakh crore directly to small farmers during the pandemic. Out of that, Rs 25,000 crore has been paid to farmers in Uttar Pradesh alone, he added.

“Eight out of 10 farmers in India have a small piece of land, measuring two bigha or less. That’s why the Centre is putting in continuous efforts to empower these farmers,” Modi said.

Modi said former Prime Minister and Jat leader Chaudhary Charan Singh, whose grandson, Jayant Chaudhary, the Rashtriya Lok Dal chief, has been playing a major role in mobilising farmers for their protests in UP, cared about small farmers and worked for their development.  “Chaudhary Charan Singh-ji cared for the small farmers. It is very important for the government to stand with them like a partner,” Modi said.

Listing out his government’s work for small farmers, Modi said that schemes such as ensuring an MSP, giving Kisan credit cards, crop insurances and Rs 3000 as pension grants have been empowering the small farmers.

Tuesday’s event, which was part of the saffron party’s effort to reach out to Jat farmers, saw UP chief minister Yogi Adityanath dubbing the state as a “major investment destination” and the BJP practically sounding the poll bugle for the crucial state election due early next year.

Many feel that setting up a varsity in the name of the Jat king, who was also a celebrated freedom fighter and donated the land on which the Aligarh Muslim University was established in 1929, is a part of BJP’s effort to reach out to the politically sensitive Jat vote bank. This is significant at a time when the three farm laws have escalated the anger of the Jat community towards the ruling party.

The university is being set up in a total area of over 92 acres, spanning the villages of Lodha and Musepur Kareem Jarouli in Aligarh’s Kol tehsil. It will provide affiliation to 395 colleges in the Aligarh division.

For years, the BJP has also been demanding that the AMU be renamed after Mahendra Pratap Singh whom the local BJP leaders described as ‘Jat shiromani’, or a Jat crown jewel. Singh was also instrumental in establishing and then heading the first Azad Hind government in 1915.

“It is the country’s misfortune that the subsequent generations were not acquainted with the sacrifices made by patriots such as Raja Mahendra Pratap Singh, Chotu Ram and others, whose contribution gave direction to the freedom struggle. So many generations remained deprived of learning about their deeds,” Modi said, adding that in the 75th year of Independence the country is learning about them.

“In this 21st century, India is correcting the mistakes which were made in the previous century,” he added.

People from across western Uttar Pradesh travelled in private as well as UP State Transport Corporation buses to attend the rally. Food packets were distributed by BJP workers carrying party flags. And when local BJP leaders were working the crowd before the event, all the usual pre-election elements seemed to be present.

previous Taliban Denies Death of Baradar, US Charge Pakistan of “Harbouring” Militants
next BJP Complaint against Mamata Banerjee to the ECI
Related Posts