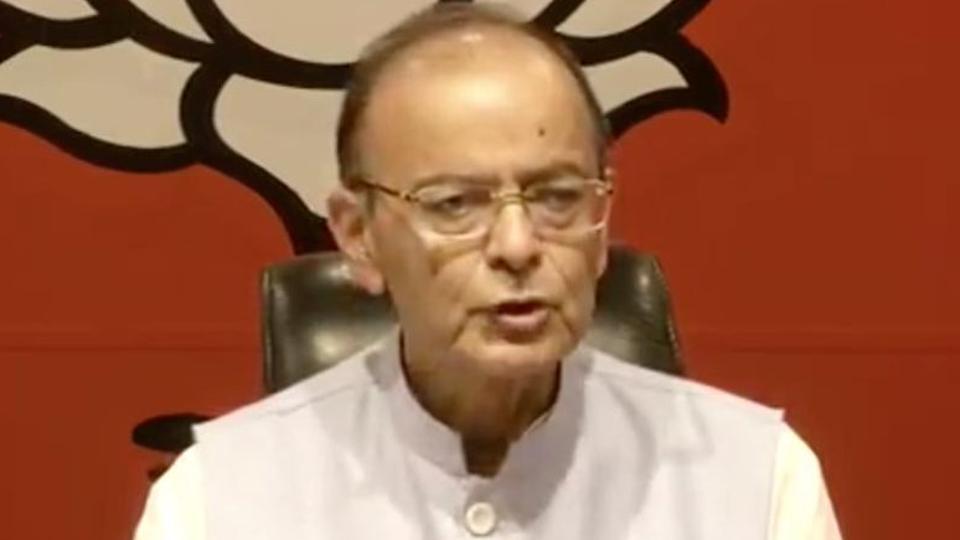 Finance Minister Arun Jaitley addressed the media to talk about how big an achievement it is for India to become the fourth nation to enter the elite space club who have ASAT weapons to take on enemy satellites.

Arun Jaitley said, “The process started in 2014 after the PM gave the permission, it’s a huge achievement, not only we have become space power but we are now in big four. We should not forget that tomorrow’s wars will not be the same as yesterday’s wars.”

Jaitley then went on to slam the Congress for claiming credit and said, “Those who are patting their backs today should remember that our scientists had the capability to build anti-satellite missiles a decade ago, but the then government never gave them permission.”

“This was a desire of our scientists for a long time and they said government of India doesn’t give us permission. The footprints of lies can be found,” Jaitley said.

Jaitley said when India had test-fired the Agni-V missile in April, 2012, then DRDO chief V K Saraswat had said that India could now develop an anti-satellite missile but the government had not given its nod.

Congratulating DRDO for the historic achievement, Rahul Gandhi also targeted PM Modi and said, “Well done DRDO, extremely proud of your work. I would also like to wish the PM a very happy World Theatre Day.”

At another media address, Congress spokesperson Randeep Surjewala said, “In 2012 itself, building blocks for this were already set up. Even before, other scientists had achieved this vision.”

Several other Opposition leaders, including Mayawati, Mamata Banerjee and Akhilesh Yadav, have hit out at PM Modi for making the announcement to use it to reap political benefits ahead of the Lok Sabha elections.