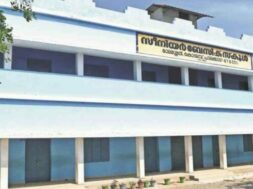 Thiruvananthapuram: A school in the Palakkad district of Kerala urged students to refrain from gender-based salutations like Sir/Madam and use the term Teacher for addressing the faculties. The Senior Basic School of Olassery village is the first school in Kerala to introduce gender-neutrality while addressing teachers.

According to the school headmaster Venugopalan H., a male staffer presented the idea.

The Headmaster said, “One of our staff members, Sajeev Kumar V, broached the idea about abandoning the practice of male teachers addressed as sir. The campaign launched by Palakkad-based social activist Boban Mattumantha to do away with the practice of addressing government officials as sir inspired him.”

“We thought of introducing the same change at our school to bring gender neutrality in addressing teachers. We told the students to address all teachers, both male, and female, as teachers from December 1 onwards. After initial inhibition, the students slowly changed the manner of addressing the teachers. Now, nobody calls a male teacher, sir,” he said.

“The words sir and madam are against gender justice. Teachers should be addressed by their designation, not by their gender. The new way of addressing the teachers would help students create awareness about gender justice. The address, sir, is a relic of the colonial era, which should be done away with,’’ he said.

The government-aided school comprises 3000 students and 9 female and 8 male teachers.