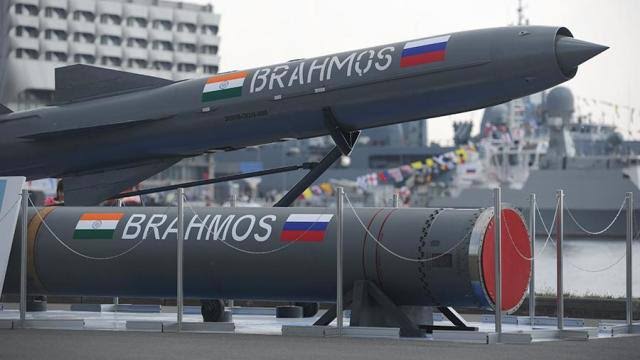 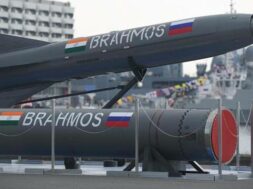 The Philippines’ Defence Ministry signed a USD 374.96 million contract with the BrahMos Aerospace Pvt Ltd (BAPL), an India-Russia joint venture which produces the supersonic cruise missile BrahMos that can be launched from submarines, ships, aircraft, or from land platforms. The USD 374 million contract is to supply shore-based anti-ship BrahMos missiles to the Philippines’ Navy, the military officials noted.

The contract was signed by Defence Secretary of National Defence of Philippines Delfin Lorenzana and Atul Dinkar Rane, Director General of BrahMos Aerospace Pvt. Ltd. in a virtual ceremony at 2pm Manila time (11:30am IST). The contract includes the delivery of three batteries, training for operators and maintainers as well as the necessary Integrated Logistics Support (ILS) package. The coastal defence regiment of the Philippine Marines will be the primary employer of missile systems.

In a statement, the Defence Ministry said: “The BAPL (BrahMos Aerospace) signed a contract with the Department of National Defence of the Republic of Philippines on January 28, 2022, for supply of shore-based anti-ship missile system to Philippines.”

The BAPL (BrahMos Aerospace) is a joint venture company of the Defence Research and Development Organisation. The contract is an important step forward for Government of India’s policy of promoting responsible defence exports,” it added.

India has already deployed a sizable number of the BrahMos missiles and other key assets in several strategic locations along the Line of Actual Control with China in Ladakh and Arunachal Pradesh.
As reported earlier, Delfin Lorenzana had signed the ‘notice of award’ on December 31 accepting the proposal of BrahMos Aerospace at a price of $374,962,800. Conceptualised as early as 2017, the Office of the President approved its inclusion in the Horizon 2 Priority Projects in 2020, he had stated.

Several countries have shown interest for acquiring BrahMos. Discussions are in advanced stages with Indonesia and Thailand. India and Russia had long agreed on a negative export list for sale of the missile. BrahMos is a joint venture between DRDO and Russia’s NPO Mashinostroyeniya, and the missile derives its name from Brahmaputra and Moskva rivers. The missile is capable of being launched from land, sea, sub-sea and air against surface and sea-based targets and has for long been inducted by the Indian armed forces.

The range of the missile was originally capped at 290 km as per obligations of the Missile Technology Control Regime. Following India’s entry into the club in June 2016, officials said the range would be extended to 450 km and 600 km at a later stage. The extended range missile has been tested earlier and was tested twice on January 11 from indigenous guided stealth missile destroyer INS Visakhapatnam and Integrated Test Range, Chandipur, off the coast of Odisha, on January 20.