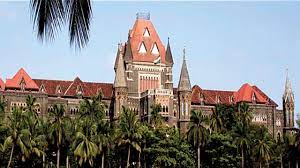 Code of Ethics for Digital Media under New IT Rules Stayed 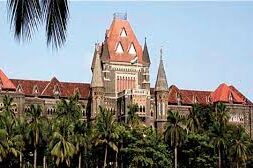 Code of Ethics for Digital Media under New IT Rules Stayed

MUMBAI, Aug 14: The Bombay High Court on Saturday granted partial interim relief to legal news portal ‘The Leaflet’ and senior journalist Nikhil Wagle staying operation of Rule 9 (1) and 9 (3) of new IT Rules, 2021, for digital media pertaining to adherence to “code of ethics.”

The Leaflet had said it was pressing for relief pertaining to Rules 9 (Observance and adherence to Code of Ethics), 14 (Constitution of inter-departmental committee) and 16 (Blocking of information in case of emergency).

The petitioners said by adding ‘Code of Ethics’ the Centre was trying to supersede ‘substantive legislations’ with the help of the new rules, which is ‘delegated legislation.’

“In so far as Rule 9 is concerned, we have found it prima facie to be an intrusion of petitioner’s rights under Article 19 (1) (a) of the Constitution (Right to freedom of speech). We have also held that it goes beyond the substantive law of IT Act. Therefore we have stayed clauses 1 and 3 of the Rule and have not touched Rule 9 (2). Therefore the Rule 9 is not stayed in its entirety. We have also not granted a stay of Rule 7 (Non observance of Rules),” the court said.

The division bench of Chief Justice Dipankar Datta and justice Girish S Kulkarni was hearing pleas filed by Wagle and AGIJ Promotion Of Nineteenonea Media Pvt Ltd, the company that owns The Leaflet along with its contributing editor Ashish Khetan, challenging the new IT rules, calling them “arbitrary and illegal”, and against the “principle of net neutrality”.

Rule 9 (1) of the recently notified Information Technology (Guidelines for intermediaries and Digital Media Ethics Code) Rules, 2021 (IT Rules, 2021) provides that the publisher shall observe and adhere to the Code of Ethics under the Rules.

Rule 9 (2), which has not been stayed, says that despite anything provided in the Rules, the publisher who violates any law for the time being in force, shall also be liable for consequential action as provided in that law.

The court also refused the Centre’s request to stay operation of its interim order.

The bench went on to note, “Regards to Rule 16, it is “pari materia” (on the same subject) to the Rule 9 of the 2009 IT Rules which are yet in operation. Also, it is not the petitioner’s case that they were anytime aggrieved by Rule 9 of 2009 Rules. We accordingly find that no case is made out by the petitioners to stay Rule 16 of IT Rules, 2021.”

The HC on Friday had reserved interim orders in two pleas challenging the new IT rules. The petitioners, while seeking quashing of the new rules, demanded an interim stay on the rules pending hearing of their pleas.

The guidelines announced in February, which came into effect in May this year, had asked all social media platforms to set up a grievance redressal and compliance mechanism which included appointing a resident grievance officer, chief compliance officer and a nodal contact person.

The Ministry of Electronics and Information Technology had also asked these platforms to submit monthly reports on complaints received from users and action taken on them. A third requirement for instant messaging applications was to make provisions for tracking the first originator of a message.

The high court had questioned the central government as to why additional rules were needed while the provisions in existing IT Act, 2009, among others, made publications, web portals and intermediaries answerable for posting any objectionable content and made them liable for penal action.

Senior advocate Darius Khambata and advocate Abhay Nevagi, representing The Leaflet and Wagle, respectively, had described the rules as “draconian censoring and regulating free speech” on the Internet, which will have a “chilling effect” on free speech of authors, editors and the public at large.

The Court had further questioned Centre, “Can something which is already governed by two independent legislations including Press Council of India Act and Cable TV Act be brought under purview of these rules? Whether it has already entrenched the provisions in other legislations? With this, there will be multiple actions, and is this the regime which has been considered (by Centre)?”

Additional Solicitor General Anil Singh for the central government urged the court not to pass any interim order stating that apprehensions of the petitioners of adverse action were premature. The Centre stated that granting interim relief would lead to “spread of fake news and legally prohibited content.” The court gave the Centre three weeks to file an affidavit in reply to the plea and rejoinder by the petitioners thereafter and posted the next hearing to September 27.