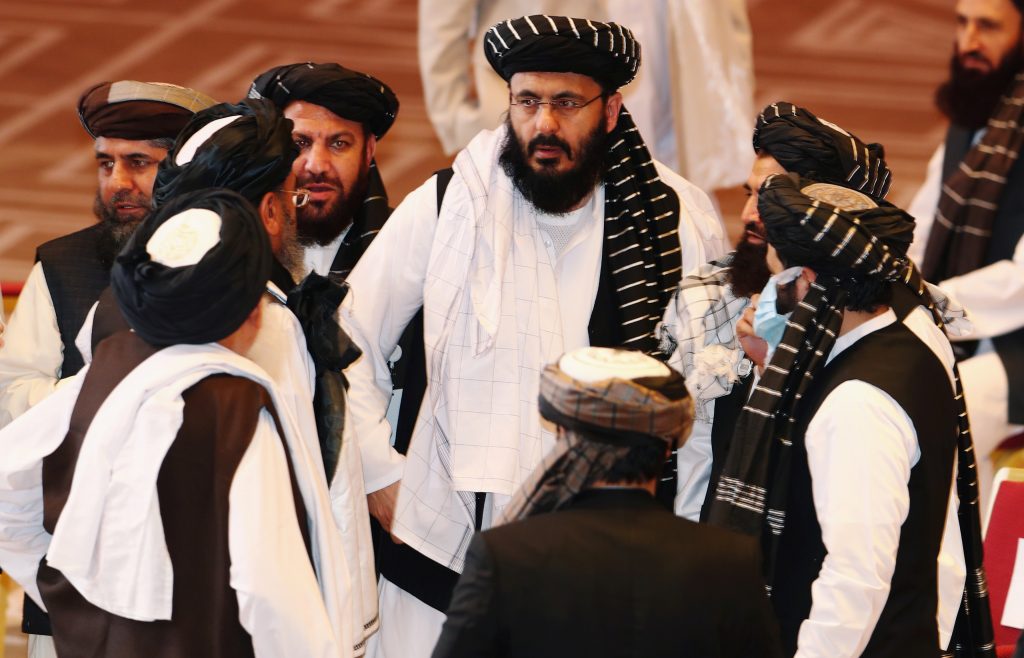 US Set to Keep the Deadline, Afghanistan Pull out has Ripples in Jammu and Kashmir Seeing Heightened Militant Activities 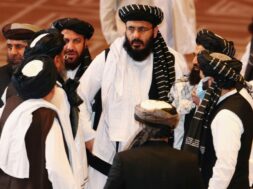 US Set to Keep the Deadline, Afghanistan Pull out has Ripples in Jammu and Kashmir Seeing Heightened Militant Activities

NEW DELHI, Aug 30: Despite rocket attacks on the US forces at the Kabul airport on Monday morning, the final US departure from Afghanistan is underway with the deadline just a day away. The “core diplomatic staff” have already left and some 300 more American Afghan citizens are yet to be airlifted before the troops leave the war-ravaged country.

Official sources said the US anti-missile defences intercepted as many as early five rockets that were fired at the Kabul airport on Monday, a US official said. Media reports said Monday’s rocket attack was launched from the back of a vehicle. Later in the evening, Islamic State claimed the responsibility for the attack.

The Islamic State’s Nasher News said on its Telegram channel. “By the grace of God Almighty, the soldiers of the Caliphate targeted Kabul International Airport with six Katyusha rockets,” it said. US anti-missile defences intercepted as many as five rockets fired at Kabul’s airport early morning. It could not say what happened to the sixth rocket strike while America had intercepted only five attacks.

U.S. President Joe Biden was briefed on the rocket attack at the Hamid Karzai Airport in Kabul on August 29 and was informed that operations at the airport were not interrupted, the White House said in a statement.

As many as five rockets were fired at Kabul’s international airport but were intercepted by a missile defense system, a U.S. official said.

A Taliban spokesman claimed that Sunday’s drone attack by the US on the IS terror units was a misfire having killed a large number of civilians. Other sources said three children were killed in the drone attack while the US had claimed that the attack neutralized an explosive-laden vehicle which intended to gate-crash into the Kabul airport where the US soldiers stood guard protecting civilians intending to fly out of the country. The Taliban condemned the US for failing to inform the Taliban before ordering the strike. Afghan news agency Tolo news claimed that at least 10 members of a family, including children, were killed in the airstrike.

In a surprising development, militants’ fire from across the border in Afghanistan killed two Pakistani soldiers on Sunday, the army said, in the first such attack since the Taliban took over Kabul ten days ago.

The army said it retaliated and killed two or three attackers, a claim not verifiable because the tribal districts along the Afghan border are off limits to journalists and human rights organisations.

The incident in Pakistan’s Bajaur district is the first of its kind reported since the Taliban took over Kabul on August 15.

The effect of US troops’ withdrawal from Afghanistan is also claimed to be making ripples in Jammu and Kashmir where the terror attacks had increased and intensified during the last one month when the US started shifting its troops out of war-torn country and the Taliban started regaining grounds. Intelligence agencies say at least six groups of terrorists have infiltrated the Kashmir Valley with some high value targets on their agenda. Inputs by various agencies are now being matched by the Multi-Agency Centre.

Indications are that at least 25-30 terrorists have been keeping various security forces engaged for the last one month. This number is apart from those terrorists who were already in Jammu and Kashmir, sources said.

Evidence on ground shows the level of violence in Jammu and Kashmir has gone up significantly over the last month. “Every day for last one month, either an IED attack on security forces or attacks on political leaders are being reported,” a senior official said. According to him, terrorist activity has also increased on launch pads, which were abandoned after ceasefire was announced in February this year. These places are buzzing with activity now.

Various intelligence agencies indicate that as many as 300 terrorists have again occupied the camps across the Line of Control. “We are also on alert and are prepared,” said an officer leading the counter-terror operations in the Kashmir valley.

The defence minister Rajnath Singh admitting the security concern in the country said the current happenings in Afghanistan have raised new security questions, He asserted that the centre was alert and capable of dealing with any situation.

He also said no anti-national force should be allowed to encourage terrorism from across the border by taking advantage of the developments in Afghanistan.

The US said it had the capacity to evacuate the approximately 300 U.S. citizens remaining in Afghanistan who want to leave before the Tuesday deadline, senior Biden administration officials said. “This is the most dangerous time in an already extraordinarily dangerous mission these last couple of days,” America’s top diplomat, Secretary of State Antony Blinken, said not long before confirmation of that airstrike in Kabul, the capital.

The Russian embassy in Kabul said on Monday that it was accepting applications from those seeking to leave Afghanistan on additional evacuation flights, after Moscow evacuated about 360 people from the country last week.

As the bodies of the 13 US soldiers killed in the bomb explosion outside the Kabul airport reached the homeland on Sunday, President Biden met in solemn privacy their family members to pay tributes to the departed and console their relatives. It was one of the biggest military casualties of the US in the 20 years of war in Afghanistan, the US has claimed.

The Indian-Americans mourning the loss of 13 American soldiers held candlelight peace vigils in various cities across the country and urged the Biden administration to ensure that the perpetrators of the act are brought to justice.

A small group of about 20 Indian-Americans gathered at the reflecting pond in front of the U.S. Capitol for a candlelight vigil for U.S. service members killed in the suicide attack at the Kabul airport.

“We have gathered here to mourn the loss of our fallen soldiers in Kabul. This is a heinous act of terrorism. Coming from India, which has been a victim of terrorism, we urge the U.S. government to take strong action against all those involved in terrorism,” community activist Adapa Prasad said.

Meanwhile, Germany said it was committed to helping people still in Afghanistan seeking to get out, as well as those who have already fled as refugees, and Britain has completed evacuations from the war-torn city.

The United States should not formally recognise the Taliban, a top American Senator from the ruling Democratic party has said, amid increasing signs that the Biden administration now considers the group as the defacto ruler of Afghanistan.

He also said it would not be a “great idea” to recognise the opposition forces that are not “actually” running the country.

“No, I don’t. I don’t,” Senator Chris Murphy said when asked should the U.S. formally recognise the Taliban.

Celebrating the Taliban victory, Syria’s foreign minister said the “thunderous defeat” of the US in Afghanistan would lead to similar defeats for American troops in Syria and other parts of the world. Faisal Mekdad made his comments following a meeting with his Iranian counterpart, who began an official visit to Syria.

Meanwhile, Amin-ul-Haq, a major al-Qaeda leader in Afghanistan and former aide of the slain top terrorist Osama Bin Laden, has returned to his native Nangarhar province after it fell to the Taliban, reports indicated. Amin-ul-Haq was a close aide to former al-Qaeda chief Osama bin Laden, who was killed in 2011 by US forces in Pakistan.

The UN refugee agency (UNHCR) called for the protection of Afghans, whether they choose to stay in Amsterdam or seek to leave after the end of the evacuation mission. “The airlifts out of Kabul will end in a matter of days, and the tragedy that has unfolded will no longer be as visible. But it will still be a daily reality for millions of Afghans,” UNHCR chief said Filippo Grandi said in a statement.

“We must not turn away. A far greater humanitarian crisis is just beginning,” he added. Media reports said Grandi called for humanitarian assistance to people in Afghanistan and urged countries to open their borders to Afghans seeking protection.

previous Covid-19: As Delta spreads, 236,000 Europeans may die by December 1, warns WHO
next “Teachers, School Staff be Given Priority in Vaccination to Keep the Schools Open:” WHO
Related Posts