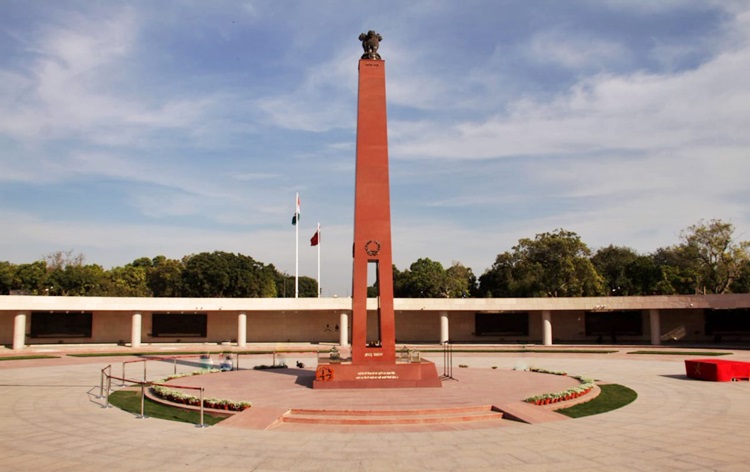 India inaugurates the first ever National War Memorial dedicated to the nation and inaugurated by Prime Minister Narendra Modi Today. The structure pays tribute to Indian soldiers who laid down their lives protecting India since partition.

The structure is built in such a way that has drawn inspiration from the “Chakravyuh” formation of Mahabharata, the iconic memorial boasts of four thematic concentric circles with a towering ceremonial obelisk at its center that will bear the eternal flame.

PM spoke about the Memorial as he addressed his 53rd Man ki Baat episode. PM Modi officially inaugurates the National War Memorial at India Gate by lighting the eternal flame at 18: 16 pm. The Prime Minister, Defence Minister Nirmala Sitharaman and the three Service Chiefs laid wreaths at the War Memorial.

While addressing the rally of ex-servicemen and security personnel, PM Modi emphasised that his government was dedicated towards working for the betterment of the defence personnel and had improved the procurement of arms and ammunition for the security forces.

Hiting out at Congress PM said that the past governments had ignored the needs of the defence personnel and that “for some, family was more important than the forces.” Dedicating the War Memorial to the nation, the PM said that the memorial would serve as an inspiration to the youth of the country and lauded the securty forces, saying that their “sacrfices mattered the most.”

Significance of The National War Memorial:

The memorial is set up in the heart of the national capital, adjacent to the India Gate and Amar Jawan Jyoti. While the India Gate was constructed in 1931 to commemorate the martyrs of India during World War 1 and the third Anglo-Afghan War, in which over 83000 Indians sacrificed their lives. The Amar Jawan Jyoti is an inverted bayonet with a helmet structure installed under the India Gate arch in January 1972 in the memory of our soldiers who were martyrs in the India-Pakistan war of 1971. As many was 13,516 names are engraved at India Gate.

A Peek a Boo to Major Key Attractions: